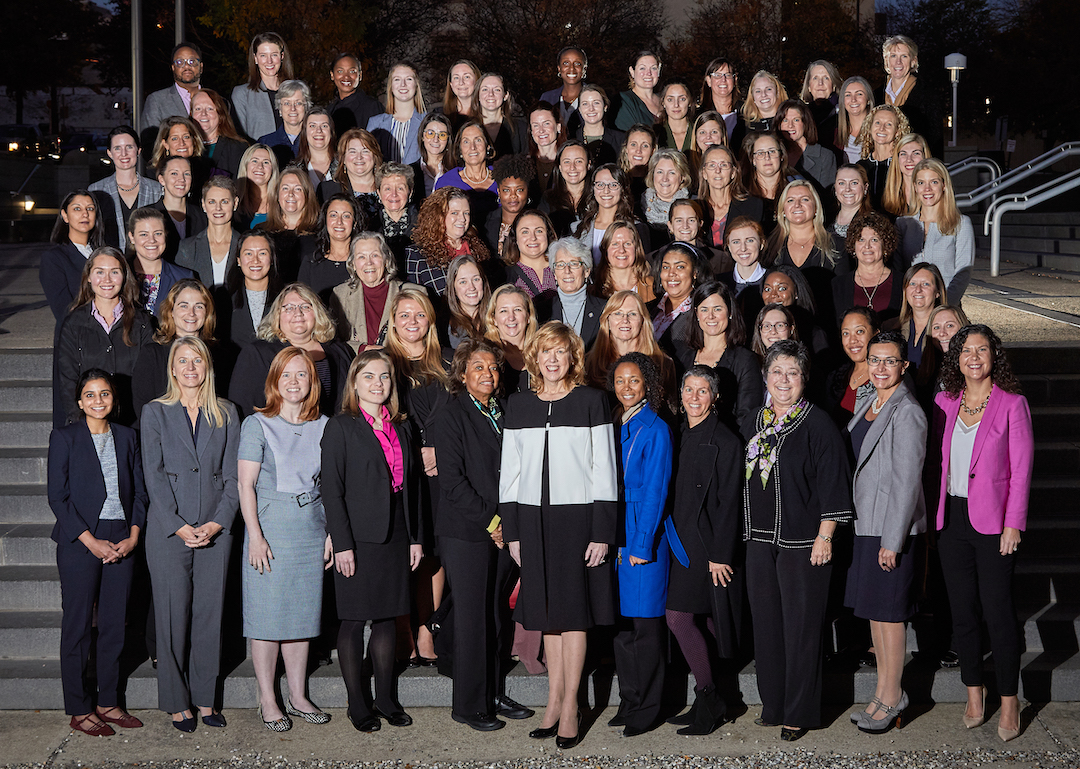 On Nov. 5th the Women and the Law Section of the DSBA celebrated that Justice Karen L. Valihura became the first woman ever to hold the title of Acting Chief Justice of the Delaware Supreme Court this week.

Justice Valihura, as the senior justice on the Court, assumed this role on Nov. 1 in the wake of the retirement of Chief Justice Leo E. Strine, Jr. last week. The Governor’s nomination of Justice Collins J. Seitz Jr. to be the next Chief Justice is set to be taken up by the Delaware Senate on Thursday.

The cover picture depicts Acting Chief Justice Valihura on the steps of the Leonard L. Williams Justice Center on Tuesday along with 80 members of the Women & the Law Section of the Delaware Bar (Credits: Luigi Ciuffetelli).

The following photos of the event are “Courtesy of the Delaware Courts.” 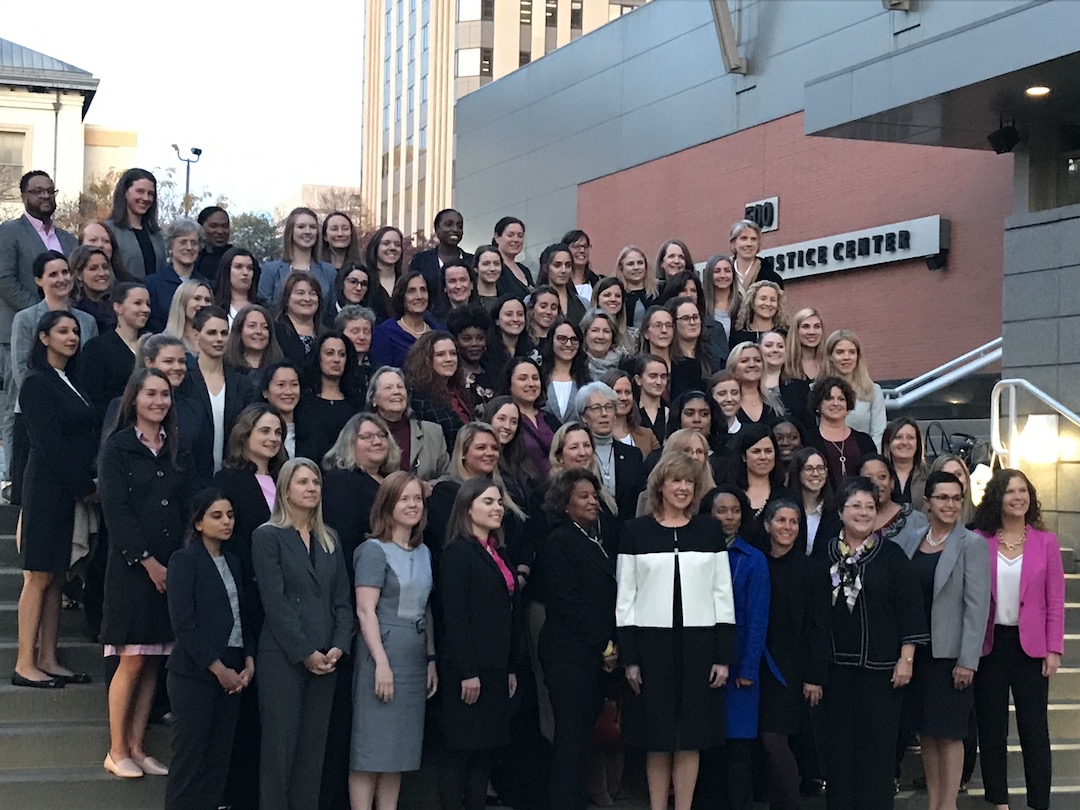 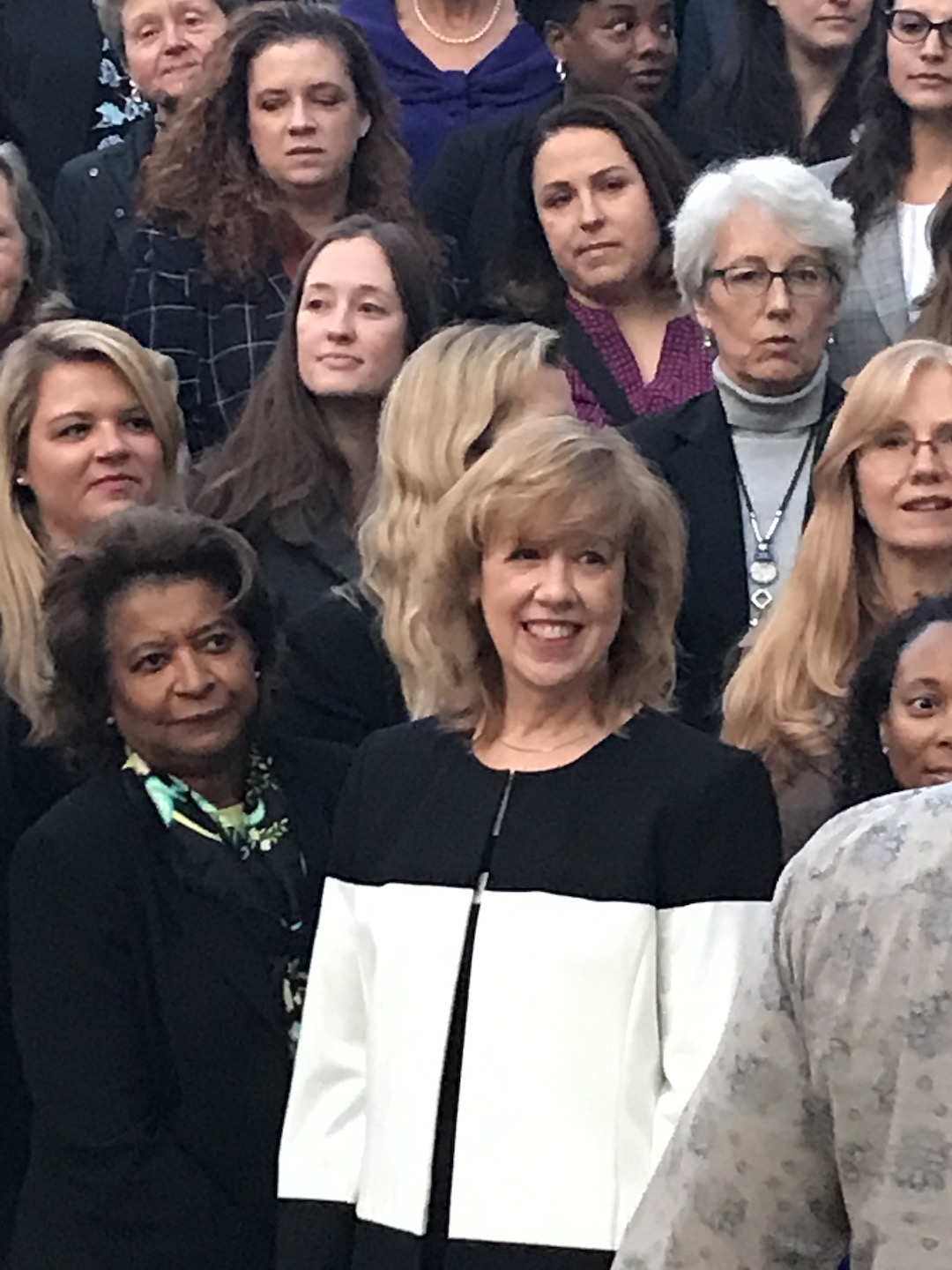