Dover- From May 12th to 26th, officers from 36 State, County, and municipal law enforcement agencies issued a total of 1,035 citations to unbuckled motorists during the annual Click It or Ticket campaign. The enforcement portion of the campaign involved traffic safety checkpoints and saturation patrols both day and night.

Delaware’s current statewide seat belt usage rate is 92%. OHS officials have begun their evaluation to determine if there has been any increase in the state’s belt usage rate in the last year by conducting a series of observational seat belt surveys at locations throughout Delaware. OHS officials will be surveying motorists on roads throughout the state and recording whether drivers and passengers are wearing seat belts. Motorists on all types of roadways from interstates to two-lane roads will be observed. Survey results should be available by early fall.

Since January 1st, 39% of all drivers and passengers killed in vehicle crashes in the First State were not wearing seat belts and as many as half of them may have survived the crash had they been buckled up. Your chances of being partial or fully ejected from a vehicle increases significantly when not wearing a seat belt.

The safest place in a crash is in the vehicle. Click It or Ticket is a nationwide seat belt enforcement and awareness campaign aimed at saving lives by increasing the number of people who consistently buckle up.

Delaware’s campaign included an awareness message featuring a Delaware State Trooper “I write tickets to save lives.” The messages were aired statewide on radio, internet, and print and billboards. OHS continued their partnerships with Racing Limos of Dover to wrap the hood of a limo with the Click It or Ticket message. OHS also sent seat belt kits to high schools that gave fun ideas and activities for the schools to help teach students about the importance of bucking up such as setting up a faux checkpoint as students leave the school parking lot. OHS also partnered with Chick-Fil-A in Camden for a seat belt event featuring the Chick-Fil-A cow and OHS own Bucklebear.

OHS also promoted seat belt safety at Dover International Speedway May 30-June 1st with the NASCAR Nationwide Series Buckle Up 200 presented by Click It or Ticket that was also accompanied by a Buckle Up display in the Monster Mile FanZone with seat belt activities for fans.

OHS has also established new partnerships this year with several little league organizations throughout the state. Throughout the summer OHS will bring the seat belt message to parents and kids during the games with activities including a fast pitch game, mascot appearances by Wilmington Blue Rocks “Rocky”, the Shorebirds mascot “Sherman”, and OHS very own Bucklebear.

Each mascot will be handing out custom Buckle Up baseball cards to kids to teach them about seat belt safety.

The next wave of seat belt enforcement and education in hopes of getting more drivers and passengers buckled up will run June 6th to 19th followed by another wave July 18th –August 2nd.

Seat belts save lives. Get the facts:

· Wearing a seat belt decreases your risk of being seriously injured or killed in a crash by approximately 50%.

· Strong seat belt laws protect families. When parents are buckled up, 90% of the time their children are too.

· The safest place for children under 12 to be buckled up is the back seat. 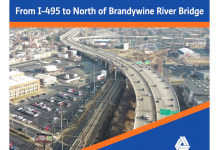 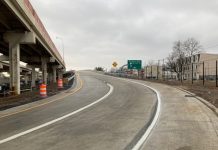