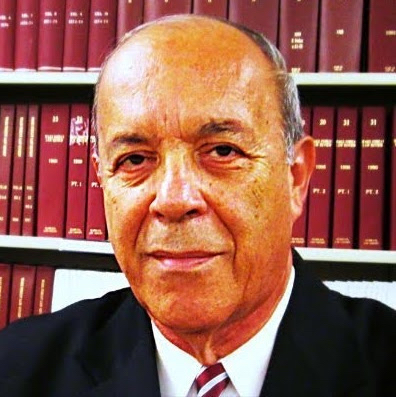 I watched the 9/11 attack on New York City on television while I was getting dressed for work.

When I arrived at the bank where I loaned money on September 11, 2001, I called San Diego television station Fox Channel 6, as I was scheduled to appear at noon to debate immigration. The producer told me the show was canceled for obvious reasons.

I then told her what I did in the Marine Corps thirty years before. I was the informal S-2 section of my Reserve Tank Battalion, the only intelligence analyst-trained man in the battalion. Informal because there was no budget to staff it. I volunteered.

My regular job was S-3, Training and Operations for the battalion. On my own time, I studied the Middle East and attended Intelligence school as my summer job between semesters at San Diego State.

It was my opinion that this attack was from the Middle East, so if they needed me.

She said get in here.

Within the hour I was on the air teamed up with a retired U.S. Navy Vice-Admiral Ed Martin to analyze and comment on news of the attack. We were on once an hour until late, then returned at 6:00 a.m. on Wednesday and Thursday.

We made a good team, A Marine Corporal and a four-star Navy Admiral who had commanded the Sixth Fleet in the Mediterranean and had suffered six years of torture in a Vietnamese prison along with Senator John McCain…The prison was, of course, the Hanoi Hilton.

September 11, 2001…Unlike many I analyzed and commented publicly.

I had a research background and I had 13 years of radio, newspaper and television experience to work with along with my time in uniform when I was a volunteer one-man Intelligence Section of a 300-man Marine Corps Reserve tank battalion.

Despite almost 36 hours on camera and despite the on-air coolness and maturity I projected I’ll never forget when I signed off on Thursday, the third day after 9/11.

I heard a survivor of a large bond company crying through an interview talking about the 600 or so colleagues that died on Tuesday, September 11th, in one of the towers.

After three days of acting like a TV professional the tears started running down my face when the cameras were turned off. Admiral Martin put an arm around my shoulder and told me – “son” go ahead don’t hold back. There were tears in his eyes while he consoled me.

I cried a week later when baseball resumed and my mother, and I returned to our season seats to watch the Padres. We joined close to 40,000 people in singing God Bless America to honor our three thousand dead.

President Bush told the world that the world would soon hear from Americans.

Yes, they would. They did.

We made mistakes. The biggest was to think that the people of the Middle East would blossom into democrats when given the chance by American boots on the ground.

The people of the Middle East don’t think like Americans, however.

They put religion ahead of freedom and democracy. They insist on being governed by religion, not freedom of religion but one single religion.

Our constitution states that there shall be no religious test for public office. That is not welcome in the Middle East. There, one must be a Muslim except in Iraq where a tiny number of Christians are tolerated.

This is a malignancy. It forbids change in Iraq or Afghanistan from dictatorship to democracy. Sectarianism between Iranian-led Shia and anti-Shia Sunni Muslims compounds the problem. Most Muslims are Sunni.

Within the Sunni branch there are hardcore ultra-conservative Wahabis and moderates. The kind that run Morocco, for instance.

The American mistake is not recognizing these differences and why Americans tired of war in Iraq and Afghanistan.

It has torpedoed the American method of defeating the enemy and then planting boots on the ground to prevent support to revert to the good old days of Adolf, Joseph Stalin, Benito and/or the petty Muslim or Orthodox murderers of the Balkans.

By making war for twenty years, we have prevented another 9/11 attack. Was that coincidence or fate? And was it worth it? I vote yes.

Raoul Lowery Contreras is a United States Marine veteran, political consultant and the author of “The Armenian Lobby & American Foreign Policy” and “The Mexican Border: Immigration, War and a Trillion Dollars in Trade.” He hosts the Contreras Report on Youtube and Facebook…