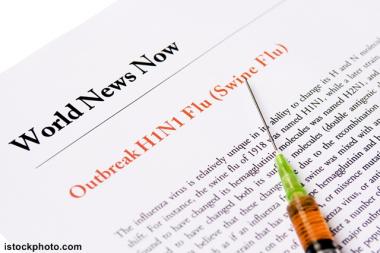 Taipei, Taiwan. (ConCienciaNews; ACS) – The key to preventing a swine flu pandemic may come from the island of Taiwan, thanks to a plant. The roots of the asafetida have proven to be effective fighting the H1N1 virus in laboratory tests.

Chinese scientists Fang-Rong Chang and Yang-Chang Wu of Kaohsiung Medical University in Taiwan said that the plant, which produces yellow flowers in large numbers, grows mainly in the countries of Iran, Afghanistan and the Chinese territory.

Its potential use as a preventive component against the flu is not new. During the influenza pandemic of 1918, which took the lives of 20 to 100 million people, the Spanish used it as a remedy to fight the virus.

However, it was not until this study that the potential antiviral capabilities naturally produced by this plant were found.

Chang and Wu identified a group of chemical components in the plant’s extracts showing a heightened capability against Influenza A (H1N1). Furthermore, its potential effects seem to be more effective than the antiviral medications currently available to treat this type of flu.

“In general, this study determined that [of the byproducts of] the asafetida may be used as components to develop a new medication against the viral infection of Influenza A (H1N1),” both study leaders stated.

Boiled asafetida has a pleasant onion flavor, while raw asafetida is characterized by a pungent odor for which it has been given curious names in different languages. In English and Spanish, it is known as “Devil’s Dung.”