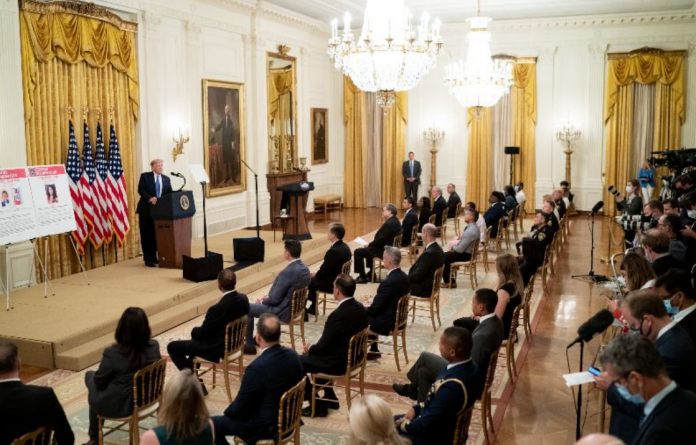 On June 29, 4-year-old LeGend Taliferro was shot and killed in his bed after a gunman opened fire on an apartment complex in Kansas City, Missouri.

On the afternoon of July 23, President Trump announced the expansion of Operation Legend, an interagency law enforcement effort led by the Department of Justice and named after LeGend. Its purpose is to quell the unacceptable levels of recent violence in U.S. cities.

“My first duty as President is to protect the American people, and today I am taking action to fulfill that sacred obligation,” President Trump said.

The President announced today that the operation will expand into Chicago and Albuquerque. Over the next 3 weeks, the Justice Department plans to further expand the initiative into Cleveland, Detroit, and Milwaukee.

In Chicago, for example, more than 300 federal law enforcement personnel will work with state and local police to help apprehend violent criminals. Just yesterday, another mass shooting in Chicago injured 15 people outside of a funeral service.

More than $61 million will be provided by the Justice Department to hire hundreds of new police officers, and about 200 federal agents and deputy marshals will be permanently reassigned to Operation Legend cities.

“We will never defund the police—we will hire more great police,” President Trump said. “We want to make law enforcement stronger, not weaker. What cities are doing is absolute insanity.”