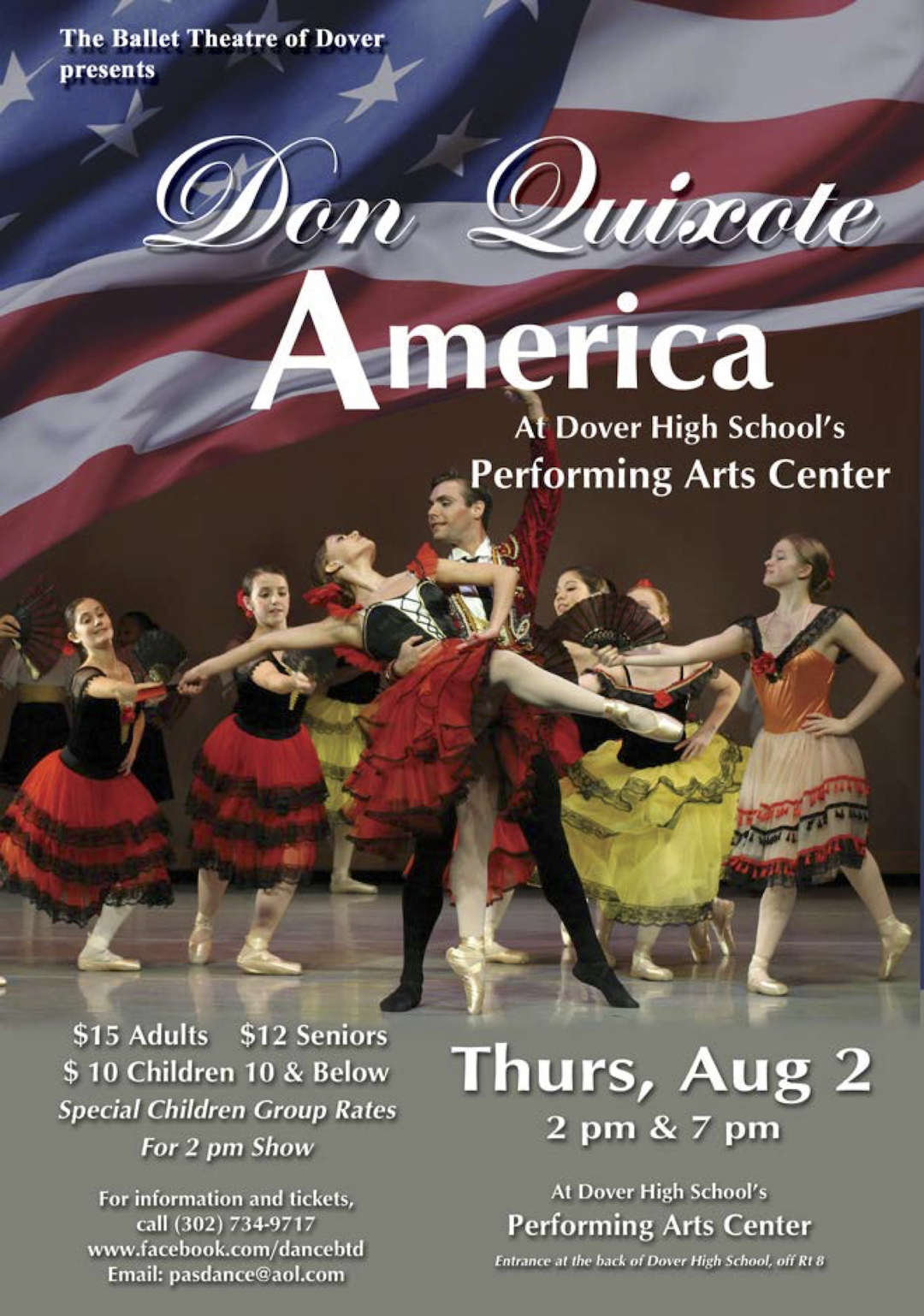 Ballet Theatre of Dover pays tribute to the growth, the tenacity,  resilience and  spirit of freedom that defines AMERICA

Naya Gonzalez, a 16 yr old dancer from Clayton, Delaware will dance primary roles in the ballet AMERICA and DON QUIXOTE. presented by the Ballet Theatre of Dover on Thurs, Aug 2, 2 pm and 7 pm at the Dover High School Theatre off Route in Dover DE. 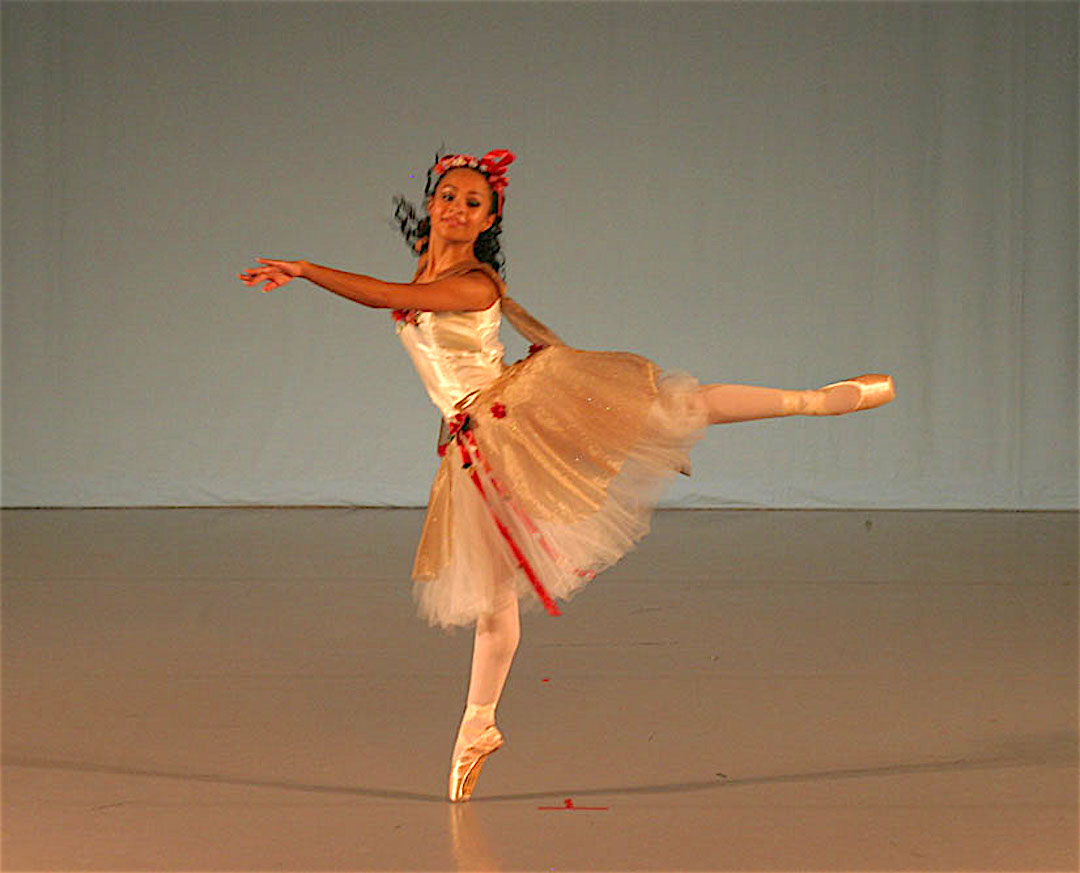 AMERICA  will feature a suite of dances with music by American composers who have left an indelible print in American culture. Traditional tunes including the Quaker melody “Simple Gifts” and a medley of folk songs, will be joined by music of composers Aaron Copland and John Philip Sousa.

Jay Unger’s music ”Ashokan Farewell” is a haunting melody that captures the sense of loss, grief and tragedy of a war that tested America’s sense of freedom and spirit.  The Harlem Renaissance, a flourishing of African American culture is captured by “Sweet Georgia Brown”.

A Native American section proves that America is a rich fusion of many cultures that enrich and define this nation’s identity.

Dances from DON QUIXOTE with music by the ballet composer Leon Minkus, bring us to sunny Spain and its national dances. Highlights of the piece include the spirited “Seguidilla” characterized by quick agile footwork. Spanish motifs and flair are seen in the use of the Spanish fan and skirts.

You can purchase ticket by calling the Dance Conservatory at (302) 734-9717.
You can also purchase tickets at the box office at the DHS Theatre an hour before performances.

Visit  the Ballet Theatre of Dover website at www.dancebtd.com or at www.facebook.com/dancebtd.