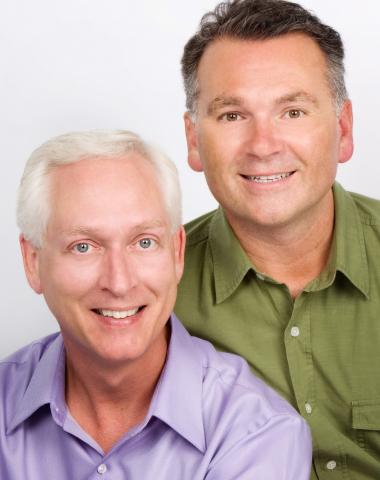 Ken Skrzesz and Doug Yetter celebrate their 11th year of An American Songbook with this year’s concert! Arrangements by Yetter include songs from Oklahoma, Jekyll and Hyde, Meet Me in St. Louis, The Secret Garden, She Loves Me and the current Broadway sensation Ragtime among others. Yetter commented, “We’ve changed the format just a bit this year. Instead of focusing on a show, a composer… we’ve put together a show that is more of a retrospective of our careers.”

The talented duo is currently in rehearsal for the “one-show-only” performance on February 7th. This year’s Songbook Concert consists of songs with which both Ken and Doug have had some professional connection. Doug added, “Ken sings numbers from his early career, the piece he auditioned with and landed his first professional job, songs he’s performed in shows around the country, and a few he’s performing in the near future, while I concentrate on some of the specialty numbers I’ve done throughout my career.” The Songbook Concert requires a lot from both performers. “A full-length concert is always a challenge because there is no real break,” said Ken. “You have to create stamina in the rehearsal process and find ways to give yourself a break within the music itself.”

Bethany Beach theatre-goer, Kay Loysen, commented, “An American Songbook is one of my favorite shows of the season for Clear Space. Watching Ken and Doug act through beautiful music is such a treat. I look forward to attending this concert year-round and now it is finally here!”

An American Songbook is one of Ken and Doug’s favorite performances of the season as well. Ken added, “The characters represented by each piece this year are not only fun to perform from a dramatic standpoint but the music itself matches each character perfectly.” Doug concluded, “It’s a great concert, which I think our audiences will enjoy as much as we do.”

There is one performance only: Sunday, February 7 at 3 p.m. so reserve your tickets online at www.ClearSpaceProductions.org or through the box office at 302.644.3810. Tickets are $25 General Admission, $20 Seniors, $15 Students, and $5 for children 12 and under. In the new Cape Theatre, there is assigned seating, so early reservations are encouraged. For more information about Clear Space’s Upcoming Season and Educational Opportunities, please visit the website.