A friendly gentleman came into my office one day, saying “Doc, I hit my head on my car trunk, and now I’ve got this spot on my head.”  I looked at the top of his head, and there was a non-healing area the size of a silver dollar.
Suspecting that this was no ordinary wound, I asked, “How long ago did you hit your head?”  “Oh, probably a couple of years ago.  I just can’t get this thing to heal up” he replied.
I knew then that we were likely dealing with the most common type of cancer in humans, skin cancer, but little did I know how challenging this case was going to turn out to be.
Skin cancer affects 1 in 5 Americans.  It is more prevalent than breast, prostate, lung, and colon cancers combined.  By far the most common three types are Basal Cell carcinoma, Squamous Cell carcinoma, and Melanoma.   Over 90% of these skin cancers are attributable to UV radiation from the sun.
All three types can be completely cured if recognized early, but they can be deadly if allowed to spread in the body.
Most skin cancers develop based on cumulative sun exposure, so those youthful days spent on a boat or beach can come back to haunt us much later in life.
I tell my patients that any lesion that forms a scab or bleeds should heal up within a week or two.  If it doesn’t, or if it comes back, it is suspicious.  As for melanoma, any skin spot that is dark colored, irregular, or changing should be checked. Regular skin checks by a physician, as well as self-monitoring any existing moles or lesions for change, can catch skin cancer when it is small and easily cured.

In the case of my patient, the cancer turned out to be a Squamous Cell carcinoma.  Of the three types, Squamous Cell is not nearly as deadly as Melanoma, which has a much higher risk for metastasis (or spread through the body).  Basal Cell is generally the most benign type as it rarely metastasizes and can be cured with surgical removal.

Unfortunately, in this case, the cancer had begun to invade deep into the scalp tissues and stopped only when it hit the bony skull.  As his plastic surgeon, I was responsible for removing all of the cancer and reconstructing his scalp.  In order to make sure no cancer was left behind, I removed wide margins of normal scalp, as well as a thin layer of bone.

Although it took several hours and two surgical procedures, eliminating the cancer was the easy part.  Now I needed to fix the huge hole.  My patient was later going to need radiation to the area to make sure no cancer would recur, so he would need strong, healthy tissue over the defect.  A skin graft would be too fragile to withstand the radiation treatment.  So, I explained what tissue expansion was.
The skin has almost unlimited ability to stretch, if done slowly and continuously (think of pregnancy, for example).  Plastic surgeons can take advantage of this property by putting special “balloons” under the skin called tissue expanders.  These balloons, inserted in a deflated state, can be gradually filled with saline (salt water) over a period of weeks.  Then the expanders are removed and the stretched skin can cover the defect with thick, healthy, well-vascularized tissue.

After several weeks, the two expanders in my patient’s scalp got difficult to hide even under a hat, and resembled a lopsided Mickey Mouse.  But he was determined to beat this cancer, and he successfully got his defect closed and completed his post-operative radiation.

That was over 5 years ago, and he is still cancer-free today.
Skin cancer can affect anyone.  Even people with dark skin, who have more protection from the UV radiation due to the melanin in their skin, can develop skin cancer.  In fact, Hispanics and black patients have much higher rates of late-stage melanoma diagnosed at initial presentation than caucasians.

Melanoma is the deadliest of the three common skin cancers because if left untreated, it spreads via blood and lymph systems to spread through the body (this is called metastasis).  52% of non-Hispanic blacks and 26% of Hispanic patients are diagnosed with melanoma that has already spread, as compared to only 15% for caucasians.  This is why, even in folks who have a low risk of skin cancer because of their skin type, it is important to recognize it early when it happens.

There are some exciting new discoveries in metastatic melanoma treatment, including immunotherapeutic anti-cancer drugs.  When the cancer has already escaped the primary skin lesion and surgery will no longer be curative, there are some new drugs that enhance the immune system specifically to recognize and attack the melanoma cells, as well as some agents that specifically target a common mutation found in melanoma cells, such as the BRAF or KIT genes.

These are the first drugs that, in some patients, may significantly increase the length of survival.  Currently many clinical studies are underway to determine the best way to use these drugs and future studies hope to test whether combination therapy may be even more effective. 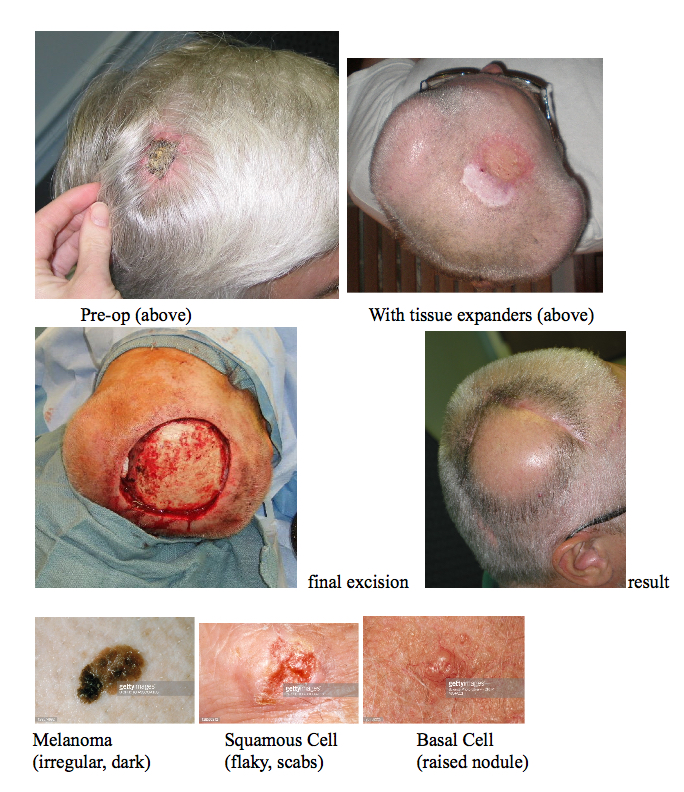 Dr. Julia MacRae is a board certified plastic surgeon who has been practicing in Newark, DE since 2003.  She got her medical degree from Yale University School of Medicine and her plastic surgical training at the University of Virginia.  She is affiliated with Christiana Care Health System.  She is also pleased to serve the Latino community, as she speaks Spanish (La Dra. habla español).  She can be reached at DrJuliaMacRae@gmail.com or visit DrJuliaMacRae.com.