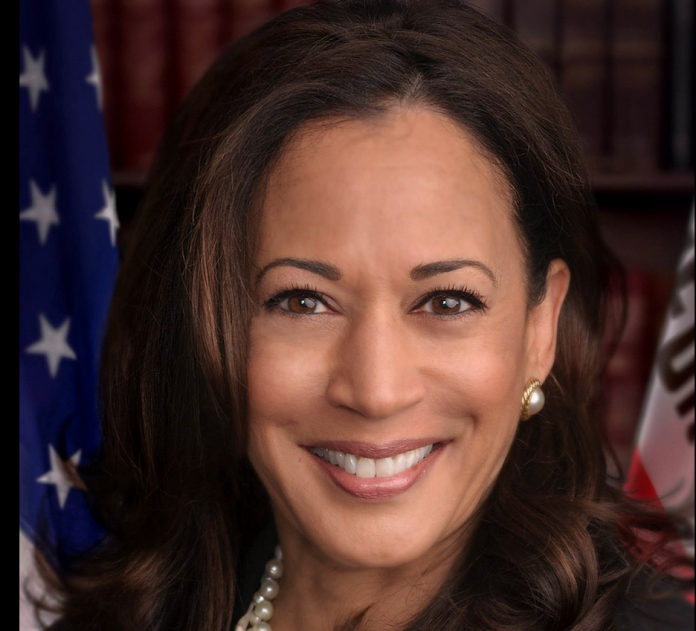 Joe Biden has just announced that he has picked Kamala Harris as his running mate.

From Joe Biden Press Office says “He is running to restore the soul of the nation and unite the country to move us forward. Joe knows more about the importance of the Vice Presidency than just about anyone, and he is confident that Kamala Harris will be the best partner for him to finally get the country back on track.”

“Joe knows that we can’t just return to the way things were – we have to build back better. From her track record of managing through multiple crises to standing up for the people who need it most, Joe knows that Kamala will be ready to tackle the work that is needed to heal our country on Day One of the Biden-Harris Administration.”

Kamala Harris is the first Black and Indian American woman to represent California in the United States Senate, Kamala Harris grew up believing in the promise of America and fighting to make sure that promise is fulfilled for all Americans. Kamala’s father immigrated to the U.S. from Jamaica to study economics and her mother immigrated from India. Kamala’s mother told her growing up “Don’t sit around and complain about things, do something,” which is what drives Kamala every single day.

Kamala started fighting for working families in the Alameda County District Attorney’s Office, where she focused on prosecuting child sexual assault cases. From there, she became the first Black woman elected as San Francisco’s District Attorney. In this position, she started a program to provide first-time drug offenders second chances with the opportunity to earn a high school degree and find a job.

In 2010, Kamala became the first Black woman to be elected California Attorney General, overseeing the country’s second largest Justice Department, only behind the U.S. Department of Justice. In this capacity, she managed a $735 million budget and oversaw more than 4,800 attorneys and other employees. As California Attorney General, Kamala fought for families and won a $20 billion settlement for California homeowners against big banks that were unfairly foreclosing on homes.

Since being elected to the U.S. Senate in 2016, Kamala has introduced and co-sponsored legislation to help the middle class, increase the minimum wage to $15, reform cash bail, and defend the legal rights of refugees and immigrants.

She serves on the Senate Select Committee on Intelligence that deals with the nation’s most sensitive national security and international threats. She also serves on the Senate Homeland Security and Governmental Affairs Committee where she oversees the federal government’s response to natural disasters and emergencies, including the Trump administration’s response to COVID-19.

On the Senate Judiciary Committee, Kamala has held Trump administration officials accountable and was a powerful voice against Trump’s conservative judicial nominations.

Kamala graduated from Howard University, where she was in the Alpha Kappa Alpha sorority, and earned a law degree from the University of California, Hastings College of Law.

Kamala has been married to her husband Doug for the past six years. She is the stepmother of two children, Ella and Cole who are her “endless source of love and pure joy.”

Kamala Harris served as California’s Attorney General at the same time as Joe Biden’s son, Beau, was serving as Attorney General for Delaware. The two grew close while fighting to take on the banking industry. Through her friendship with Beau, she got to know Joe Biden.

From hearing about Kamala from Beau, to seeing her fight for others directly, Joe has long been impressed by how tough Kamala is.

Particularly on the Senate Judiciary Committee – which Joe used to lead – Kamala has distinguished herself as a fighter on behalf of the American people, on issues ranging from corruption, to women’s rights and election interference.

Kamala doesn’t hesitate to take on powerful people and powerful interests, and that’s exactly the kind of leader Joe wants by his side to rebuild this country and restore the soul of the nation.

Kamala has worked to address the racial and ethnic disparities resulting from the Trump’s administration’s failed response to the pandemic by introducing the COVID-19 Racial and Ethnic Disparities Task Force Act. Kamala’s legislation would establish a team of policy experts, regional leaders, and federal officials to develop policy and funding prescriptions based on demographic data to combat issues facing minority and underserved communities.

Kamala has a record of taking on corporations who are defrauding the health care system. As Attorney General, she oversaw a $241 million settlement against Quest Diagnostics, for overbilling California’s insurance program for 15-plus years.

Kamala took on the big banks on behalf of California homeowners and won a $20 billion settlement, the largest settlement of any attorney general in America.

As District Attorney , she prosecuted companies that cheated workers out of their earnings and jeopardized their safety on the job. As Attorney General, she fought for California’s public employee unions. And as Senator, she stood against the harmful Janus decision.

Kamala, as San Francisco DA, championed a leading re-entry program to direct young people arrested for drug crimes into training and counseling programs instead of jail.

Kamala’s Department of Justice was the first statewide agency to mandate a body camera program, launched implicit bias and procedural justice trainings, and created a public database, including data on deaths in police custody and arrest rates.

As Attorney General, Kamala obtained a $1.1 billion judgement against for-profit Corinthian Colleges for predatory practices that saddled students with debt and useless degrees.

Kamala was the first woman elected to serve as both San Francisco DA and California AG.

As a member of the Senate Judiciary Committee, Sen. Kamala has grilled Trump’s extreme anti-choice judicial nominees, like Brett Kavanaugh.

As Attorney General, Kamala cracked down on the sex trafficking of women into California and prosecuted sexual assaults. In her year in office, she eliminated the backlog of untested rape kits.

And, as District Attorney, she worked with community leaders to establish a safe house for victims of human trafficking — the first of its kind in San Francisco.

Kamala Fighting for the Black Community

As a student at Howard University, Kamala was a member of Alpha Kappa Alpha (AKA) – the oldest Greek-letter sorority for black women. It was during her time at Howard that she joined protests on the National Mall against apartheid in South Africa.

Kamala was the first Black woman to be elected San Francisco District Attorney and Attorney General of California, and only the second Black woman elected to the United States Senate.

In the Senate, Kamala championed a bill to make lynching a federal crime.

Kamala Fighting for the Latino Community

Kamala joined Congresswoman Veronica Escobar in leading the charge to demand that migrant children be released from HHS and DHS custody during the pandemic.

While Attorney General, she ensured unaccompanied minors seeking refuge in the U.S. had access to pro-bono counsel.

After Hurricane Maria, Kamala sponsored the COUNT Victims Act that provides FEMA more resources to calculate the death toll from a natural disaster.

Kamala Fighting for the LGBTQ+ Community

As Attorney General, Kamala refused to defend Proposition 8 in court. She also officiated the first same-sex wedding in California after the U.S. Supreme Court ended Proposition 8.

Kamala has a 100% rating from the Human Rights Campaign.

After the announcement, many leaders from across the country applauded the selection.

“I couldn’t be more excited about the 2020 Democratic ticket and the opportunity we have to turn our country around this November. Senator Kamala Harris is one of our country’s most accomplished and dedicated public servants. She has the experience and keen intellect necessary to help Joe win back the White House and to make difficult governing choices as we emerge from this COVID-19 crisis and meaningfully address systemic issues around racial justice in this country. When she served as California Attorney General, Senator Harris worked closely with then-Delaware Attorney General Beau Biden to bring relief and justice for homeowners affected by the foreclosure crisis. Like Beau was, Senator Harris is a proven fighter for the least among us. I’m confident she will bring those values to the campaign trail and will be a terrific partner to Joe Biden in the White House. Let’s all do our part and vote this November.”

U.S. Senator Tom Carper (D-Del.) released the following statement regarding Joe Biden’s selection of Kamala Harris as his running mate: “For as long as I’ve known my friend Joe Biden, he has always surrounded himself with the smartest, most capable team imaginable. And I know that’s exactly why he chose Kamala Harris to be his running mate. I have seen Kamala’s passion and tenacity up close in the Senate. It’s just what we need not just to win in November, but to get our country back on the right track in the years to come.”

“I’m so proud that, once again, Delaware is leading the way and making history. I am looking forward to giving my absolute all to seeing the Biden-Harris ticket elected. Now, let’s go win together!”

Governor Tom Wolf (Pennsylvania) applauded the decision: “Joe Biden’s selection of Kamala Harris to be his running mate marks an extraordinary and long overdue moment in our country’s history,” said Governor Tom Wolf. “Kamala is a remarkable leader who has championed working families and stood up to corporate special interests for her entire career. She has always worked to lift up the middle class by fighting for quality affordable health care, better wages for workers, and more educational opportunities for our children. Together, Kamala and Joe have what it takes to defeat Donald Trump and Mike Pence so we can finally begin the long journey of putting our country back on track.”