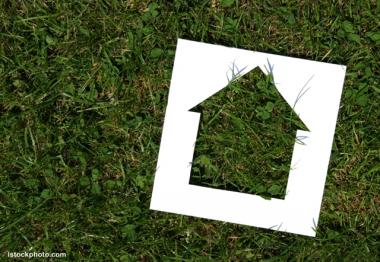 Washington, D.C.- For Juan Jose Sanchez Sosa, a psychology professor from Mexico City, paying for electricity at home is not a problem. Since 1984, when he bought his house built based on bioclimatic architectural parameters, he saves 30% of his household expenses without depriving himself of any services.

“The difference is obvious. Electricity and gas costs are notably lower. The house was designed to exploit every nook through which light enters in the different seasons of the year,” he says.

Bioclimatic architecture strives to the design buildings so that they cause the least environmental impact, while at the same time making better use of natural environmental conditions for heating and lighting. “The savings are big because the amounts of energy are high and prices in Latin America have increased rapidly,” he adds.

According to Ruth Lacomba, a Mexican engineer, this term was coined approximately 30 years ago, but ancient civilizations already practiced it. In Mexico, the indigenous peoples used palm trees and bamboo in tropical regions, and even the Eskimos took some of the design ideas into account for their igloos. “All this is bioclimatic architecture, since it exploits natural conditions,” she explains.

Going beyond its definition, this style may be a tool for fighting the so-called energy crisis of the 21st century. Lacombe, who works on solar, bioclimatic, green and sustainable projects for housing and other buildings, feels that despite the natural qualities that Latin America has, we need greater investment in professional training in order for production to grow in this area.

“People who are involved in it must be trained (…) It is an issue that requires expertise, a greater understanding of technology and physics in order to interpret how heat, wind and other energy sources move. It is not easy, and many architects are not prepared to design this way,” she adds.

Her house is a good example of the benefits of this type of architecture. She saves from US$100 to $200 per month through mechanisms such as solar-powered instead of electric dryers, and solar heaters. Even with simple details such as placing windows in the right direction and making them bigger, she enjoys the natural light before nightfall.

There are two kinds of bioclimatic architecture: one is passive, and depends exclusively on the design and talent of the architect. For example, “bring in the heat through windows to the south in a cold area, such as in some parts of Mexico City. In this case, the architect tries to place the solar heater well so that it receives maximum light at noontime and heats the water.”

The other kind of bioclimatic architecture is open, which requires photovoltaic cells (or a sunroof). NASA defines a photovoltaic process as the direct conversion of sunlight into electricity at the atomic level. “Some materials have a property known as the photoelectric effect, which causes them to absorb light photons and release electrons. When these free electrons are captured, the result is an electrical current that can be used as electricity.”

According to Lacombe, in her country these devices cost about US$500, although in the U.S. you can buy full roofs for $5,000. “The installation is very simple. Provided that your roof is flat or faces south, photovoltaic cells may be installed to produce energy for your home. In windy areas, they may be supplemented by wind turbines, too.”

“Bioclimatic houses” are usually built of materials such as wood, brick and stone. The same goes for their decorations, which use cotton, wool, jute, basil, bamboo, etc. These houses also catch rainwater, filter and store it, so people have reserves to wash their cars, patios, gardens, etc.

“These are much more comfortable homes. It is better to be in a house heated by natural sunlight in the morning or at noon, than to be in one heated by electricity or gas, which is also harmful,” Lacombe concluded.