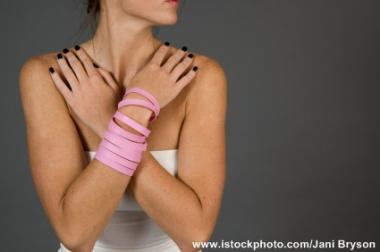 (Para leer la versión española ir a Noticias relacionadas).
Washington, D.C. (ConCiencia News) – Breast cancer continues to grow among Latino women, and is now the second deadliest cancer in the United States. One in eight women has been diagnosed with the disease at some point in their lives, according to the National Cancer Institute (NCI).

This is confirmed by doctor and cancer specialist Ana Maria Lopez, professor of Pathology and Medicine at the University of Arizona. Lopez has observed over time the increasing number of cases of Latino women with breast cancer, in some cases at advanced stages.

That is why prevention and the timely treatment of breast cancer are being emphasized by health organizations and doctors to all women in October. Prevention is so important because it can save lives.

“Of course I have seen more cases of Latino women with breast cancer. More than what I saw only a few years ago,” Lopez said.

Lopez says this increase is probably due to the fact that before, the Latino population was younger and the chances of cancer were lower. With time, this adult population develops more chances of contracting breast cancer. However, Dr. Lopez does not rule out serious cases in young people.

Among the risks for cancer are age, family history, breast changes, changes in genes, menstrual changes, breast density, use of hormones during menopause, being overweight, low physical activity and alcohol consumption, among others.

“It appears that it is all related to hormones. We have seen that women are prone to developing this cancer if they experienced menstruation at an early age, or if they are still menstruating until middle age, but there are also less cancer cases… among those who gave birth to several children or breastfed,” Lopez said.

Latinas with breast cancer usually have financial problems when paying their bills. Most of them also do not have health insurance, among other issues.

“They face the decision of whether to feed their family or get medical treatment, or leaving their work that covers their health insurance so they can be treated,” she said.

Full treatment of breast cancer may cost up to $100,000, and sometimes more. High costs prevent many women from continuing with their treatment.

“Breast cancer is a common disease, and when detected early, it is curable. It is important to take action when you have this disease,” Lopez said.

To prevent and identify cancer in the early stages, the NCI recommends that women older than 40 get a mammogram every year, and those over 21 should perform self-examinations a week after they have their period so that they can detect any changes in their bodies and breasts.

Women with a family history of breast cancer should also pay close attention.

Women may identify a hard lump in the breast that may be abnormal. “If they have doubts, it is important to go to the doctor.”