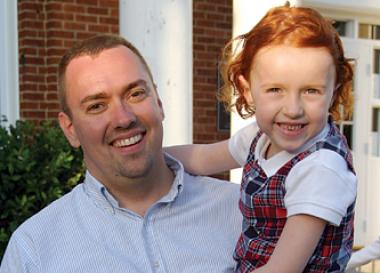 On Saturday, May 8 from 1:00 pm until 7:00 pm citizens of Georgetown voted for Mayor and Town Council person for the Fourth Ward of the city.

The new Mayor, Pettyjohn, who is a native of Sussex County, was optimistic about the election results along the Saturday afternoon. He has been a member of the Georgetown Town Council since 2008. As he told in Kevin Andrade’s radio program at WGMD two weeks ago, he supports smart, managed growth for the Town and the development of commercial and retail space.

Pettyjohn waited for the election results with his wife Kelly, their daughter Mollie and many friends in the steps of Town Hall.

The other face of this election was candidate for Mayor of the town of Georgetown, Matthew Walsh. Walsh waited for the election results in the Circle accompanied by his brother and some friends.

“I am ready to get to work for the people of the town that is what they elected me,” said the new Councilman for the Fourth Ward, Anna M. Besche-Martin.

The official May 8, 2010 Election Results of the Town of Georgetown are: