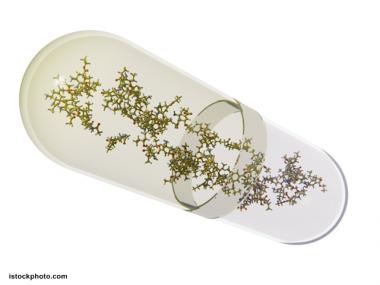 Albuquerque, New Mexico– In order to prepare for what is expected to be a flu season (type A and others), members of the medical community are calling on not only doctors but also patients to familiarize themselves with the risks of taking retroviral drugs to fight the flu.

According to HeelUsa, an organization specializing in homeopathic medicine, conventional retroviral drugs may be prescribed in severe cases of the flu. But these drugs, powerful by nature, are not the best suited for a cold or a regular flu virus because they could cause resistance to certain virus strains, thus diminishing their effectiveness when the immune system really needs them.

Another of the disadvantages of these drugs is that they are more effective when the person who took them has recently fallen ill, which is precisely when the person does not yet know that he or she is ill. Because of this fact, as well as certain side effects caused by these drugs in adults and children, greater reluctance has been observed among consumers and health experts, limiting their use to strictly necessary cases.

Therefore, experts recommend considering other treatments such as natural drugs to fight against this season’s virus.

“Homeopathic medicine has been around for 200 years, and it became very popularity in the United States and Europe in the 19th century, due to its success in treating infectious disease epidemics that took place at that time,” said David Riley, Doctor of Internal Medicine and General Editor of journal Alternative Therapies in Health and Medicine.

According to the British Medical Journal, in a report from August of this year, vaccination programs against influenza have met with greater resistance among consumers and doctors. In Hong Kong, more than half of health workers turned down the vaccine, while at least 25% of Canada’s population has shown resistance to getting vaccinated this season.

However, the general recommendation continues to be the same: if you are in a high-risk group, such as pregnant women, children, senior citizens and professionals who take care of children or people with pulmonary diseases, you need to get vaccinated against regular and H1N1 influenza.

Prevention is something that all experts agree on, and they believe that the best medication against the winter flu is soap. Washing your hands frequently is the most effective weapon against the transmission of any type of virus.