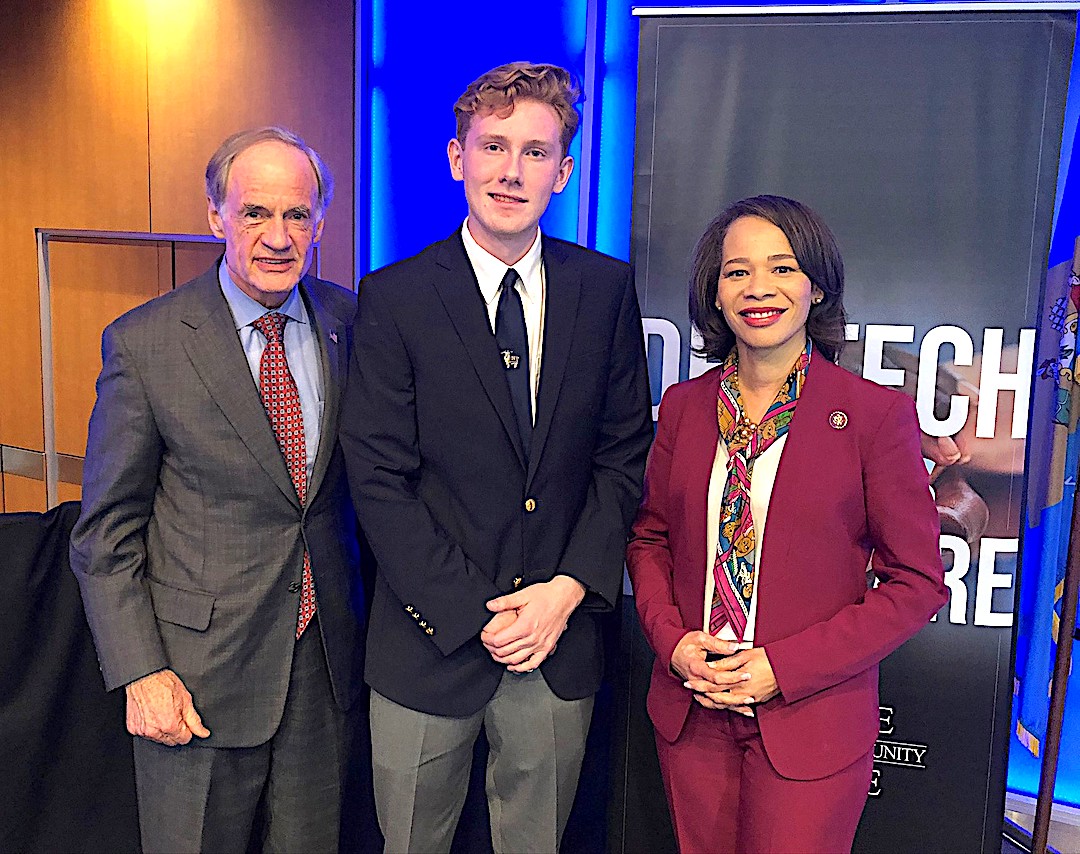 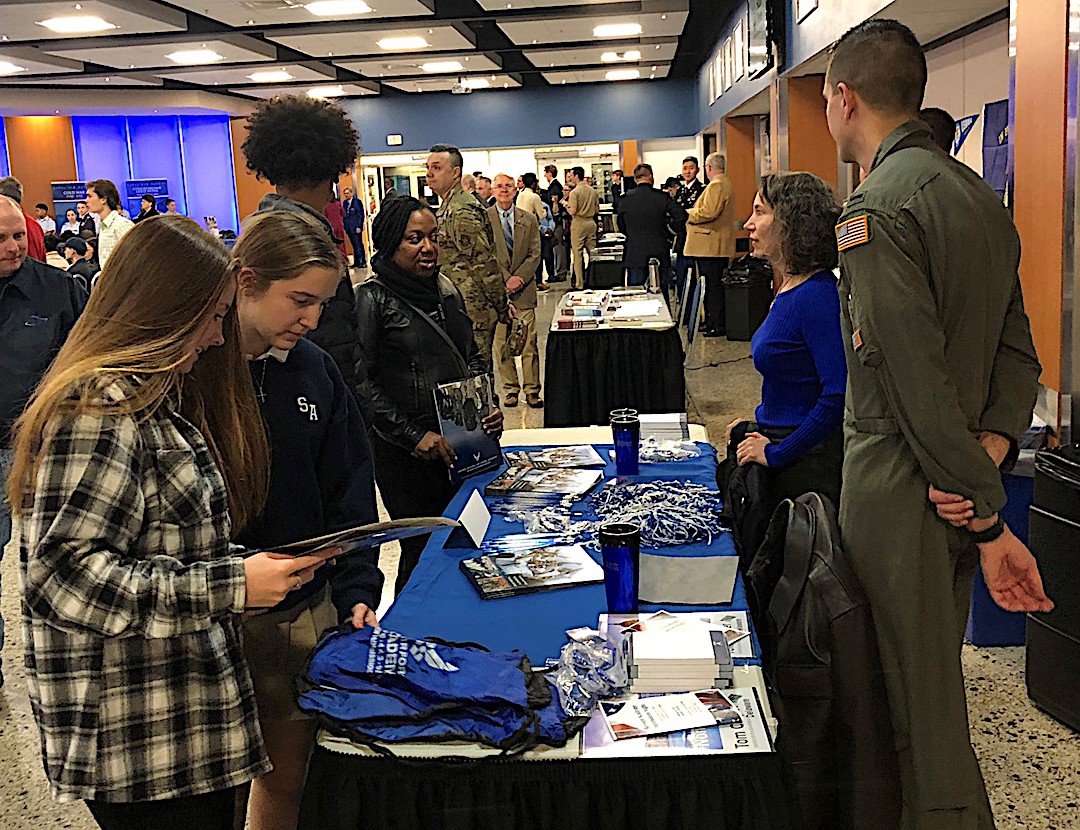 Service academy applications require either a congressional nomination or a military-affiliated nomination. Other requirements and more information on applying can be found by going to www.carper.senate.gov and clicking on Service Academy Nominations.

“The military taught me how to be a leader, and shaped the person I am today,” said Senator Carper, a 23-year veteran of the Navy. “I consider it an honor and great responsibility to nominate exceptional young men and women to our nation’s service academies, where they will grow into tomorrow’s leaders.”

Photo caption cover: U.S. Senator Tom Carper (left) and Congresswoman Lisa Blunt Rochester (right), welcomed Lewes resident and high school senior Frank Carter (center) to speak to a crowd of more than 300 people about his experience applying for a nomination to a service academy at Service Academy Night on Feb. 18, 2020, in Dover.