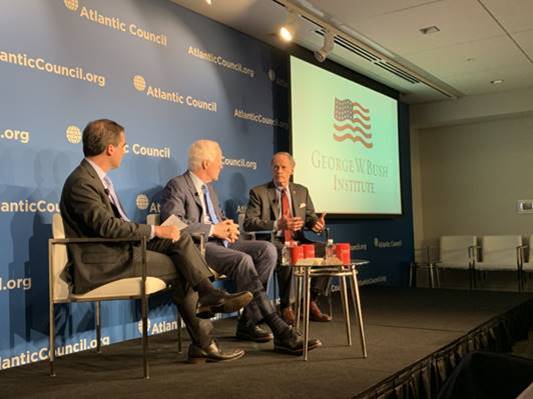 WASHINGTON, D.C. – Today, U.S. Senator Tom Carper (D-Del.), senior Democrat on the Homeland Security and Governmental Affairs Committee (HSGAC), joined Senator John Cornyn (R-Texas), the Atlantic Council’s Adrienne Arsht Latin America Center, and the George W. Bush Presidential Center for a discussion on the challenges and opportunities in Central America and policy solutions that could create a path to sustained economic growth in the Northern Triangle. This bipartisan discussion comes in light of a recent move by the Trump Administration to cut almost $500 million in critical foreign aid to Guatemala, Honduras, and El Salvador.

During the discussion, Senator Carper highlighted legislation that he reintroduced today with Senators Chuck Schumer (D-NY), Dick Durbin (D-Ill.), Dianne Feinstein (D-Calif.), Bob Menendez (D-NJ), Patrick Leahy (D-Vt.), and Mazie Hirono (D-Hawaii) that would provide a coordinated regional response to effectively manage the endemic violence and humanitarian crises in the Northern Triangle countries of El Salvador, Guatemala, and Honduras. Specifically, the legislation would provide assistance to the Northern Triangle governments to address the root causes of violence and instability that are driving migration, crack down on smugglers, cartels, and traffickers exploiting families, minimize border crossing by expanding refugee processing in the region, enhance monitoring of unaccompanied children after they are processed at the border, and ensure fair, orderly and efficient processing of those who do reach our border seeking protection.

“There’s legislation that I will be introducing today that aims to address the root causes driving migrants from Central America to our border,” said Senator Carper. “The bill sets the United States’ expectations. It reiterates the terms that Honduras, Guatemala, and El Salvador have agreed to. And it says that, in order for the United States to continue to provide the level of support that we do provide through the Alliance for Prosperity, this is the kind of progress we expect to see in the Northern Triangle. The United States will be there to help the region, but it will be led by these countries. It’s just like they say at The Home Depot: ‘you can do it, we can help.’” 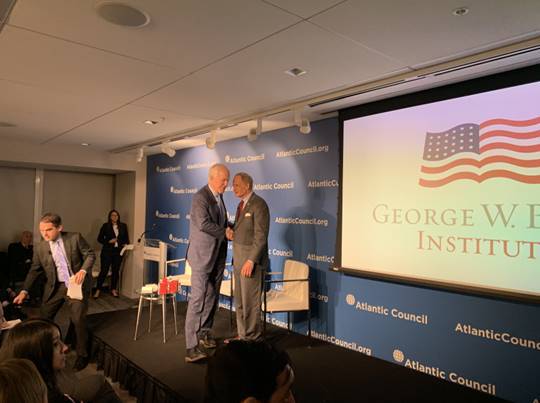 In February, Senator Carper led a congressional delegation to Central America to see firsthand the difficult and dangerous conditions in Central America that force so many migrants to flee and seek safe haven at the U.S. Southern border. Joining Senator Carper on the trip to the Northern Triangle countries of Guatemala, Honduras and El Salvador were Senator Jeff Merkley (D-Ore.) and Representatives Donald Norcross (D-NJ), Don Beyer (D-Va.), Lisa Blunt Rochester (D-Del.) and Lou Correa (D-Calif.). Following the trip to Central America, in March, Senator Carper penned an op-ed to discuss the conditions in the region he witnessed firsthand that force so many families to flee and seek safety at the U.S. Southern border.

In December 2015, Senator Carper, then Ranking Member of the Senate Homeland Security and Governmental Affairs Committee, released the report, Stronger Neighbors – Stronger Borders: Addressing the Root Causes of the Migration Surge from Central America. The report found that the ongoing migration surge from the Northern Triangle countries of Guatemala, Honduras, and El Salvador reflects troubled conditions in those countries. The United States has contributed to these conditions with its insatiable appetite for illegal drugs and should help combat them. Over the past five years, Senator Carper has repeatedly traveled to Honduras, Guatemala, and El Salvador, as well as Mexico and Colombia, to study the root causes of Central American migration.