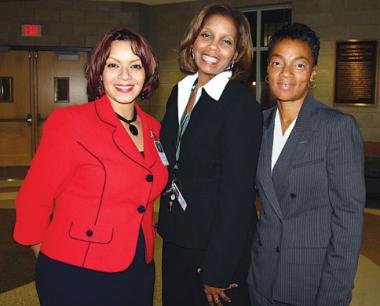 Salisbury, MD – The City of Salisbury, MD, became a partner with Census 2010 at a ceremony held at WorWic Community College on Thursday, October 22.

Several organizations, private and public, have partnered with the City of Salisbury to create a Complete Count Committee (CCC) to ensure public’s participation during next year census.

“Census 2010 is all about giving a voice to the voiceless,” said Lynne Newman, partnership coordinator with the Philadelphia Regional office, during her presentation. “This year [in 2010] we’ll be using the short form. With just 10 questions, it takes only 10 minutes.”

“It’s important for the communities to understand both the demographics and the geography of each area to be counted,” said Jim Ireton, mayor of Salisbury.