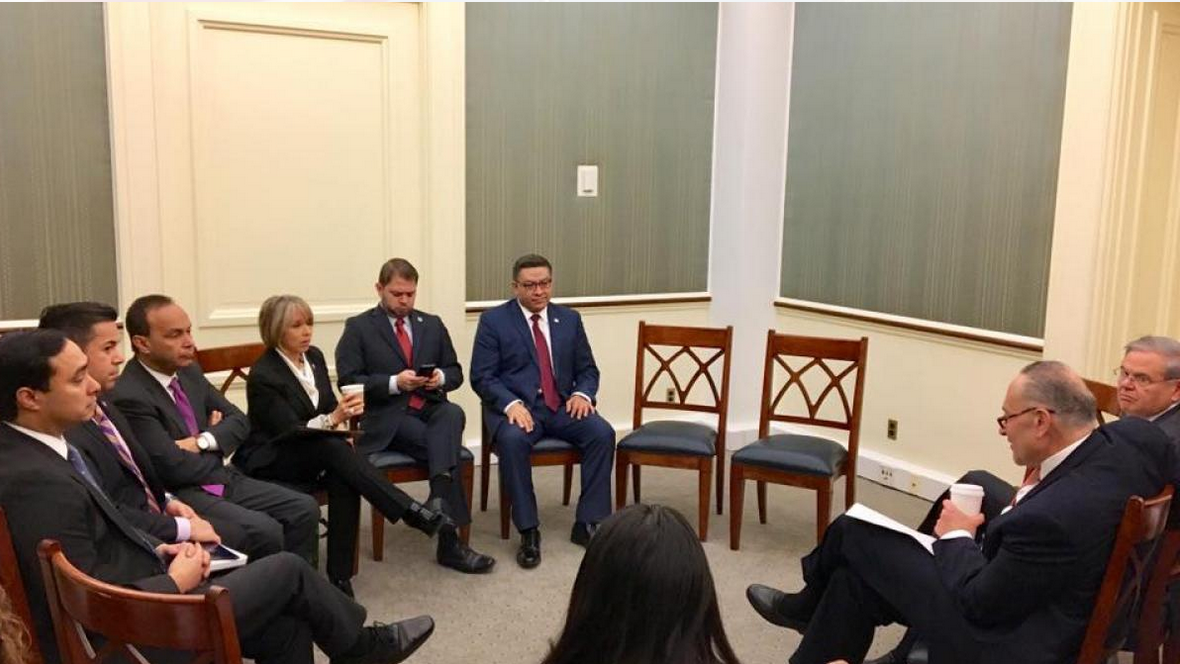 “We are pursuing every opportunity to protect immigrants and families from President Trump’s misguided immigration policies,” said Chairwoman Michelle Lujan Grisham. “Caucus members oppose the President’s efforts to pay for a mass deportation force and border wall, both of which have resulted in mass hysteria and real harm in our communities. We count on Senate Democrats, led by Sen. Schumer, as important allies in our fight for a fair and effective immigration system that reflects our values as a nation.”

“I was glad to meet with my colleagues from the Congressional Hispanic Caucus today to discuss what we need to do to protect immigrant families. I reiterated to them that Democrats in the Senate won’t support an appropriations bill that includes funding to build a wall or to further set in motion President Trump’s deportation force,” said U.S. Senator Charles E. Schumer. “Senate Democrats have requested a meeting with DHS to get answers about interior enforcement, and we’ll continue working to ensure that we uphold our promise as a nation of immigrants and do everything in our power to keep families together and protect law-abiding immigrants from deportation.”

Rep. Luis V. Gutiérrez, a Member of the Judiciary Committee and Chair of the Immigration Task Force said, “I have confidence Senate Democrats are fighting against policies and the budget-busting billions of dollars that Trump and Bannon want to use to destroy immigrant families through deportation and separation. Senator Schumer is backing the Latino and immigrant community and we in the CHC have his back as well.”