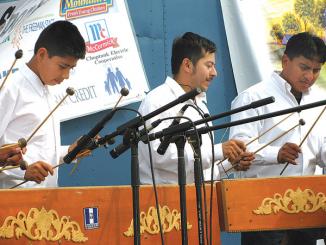 This years’s festival marked the event’s first visit to Georgetown since 1986 and the first time it has been hosted by the Greater Georgetown Chamber of Commerce.

The Festival runned through June 17 & 18 on the campus of Delmarva Christian HS (Georgetown, DE).

There were children’s activities and educational exhibit focusing on the poultry industry, and a baby chick display.

Continuous musical entertainment began on Friday with Touch of Brass, followed by Joe Baione, The Stims and the Hilltop Ramblers.

The Saturday’s musical entertainment was provided by The Delmarva Big Band, Ballet Folklórico de Frankford and Lyra Marquense. Hispanic groups were sponsored by El Centro Cultural. The day concluded with a rousing performance by OH BOY! A Tribute to Rockabilly.