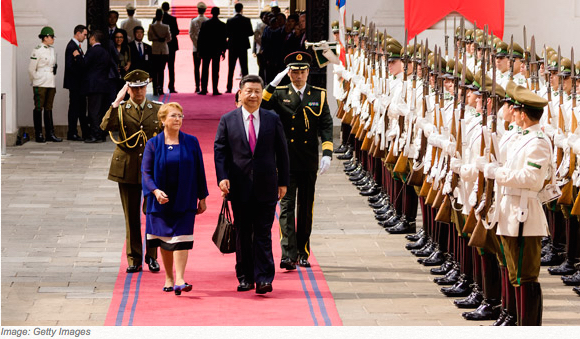 Chinese president Xi Jinping embarked on a tour of the Latin America and the Caribbean following the election of Donald Trump to the US presidency, opening a hydroelectric plant in Ecuador and delivering the opening address at a conference of the region’s journalists in Santiago.

These events formed part of a broader diplomatic strategy to compound China’s place with developing economies in the Americas.

China has been particularly willing to use its economic influence to build regional relationships in the Caribbean, helping to fund highways in Jamaica and, in 2007, spending $40m (€37m) on the construction of a cricket stadium in Grenada.