President Obama just issued a Student Aid Bill of Rights that orders the federal government to find ways to help students repay their loans. The presidential directive will also hold those that service federal loans to higher standards.

The Bill of Rights is the latest in the president’s campaign to make college more affordable. But the obstacles low-income students face as they pursue college are not just financial. They also face steeper social, emotional, and administrative hurdles than their peers.

Colleges and universities themselves must do more to help young, disadvantaged Americans overcome those hurdles — and thereby secure the full benefits of higher education

A college degree has never been more valuable — particularly for students of modest means. When those born into the lowest economic quintile obtain a degree, they triple their chances of ascending to the top two quintiles.

Unfortunately, institutes of higher learning aren’t reaching folks at the bottom of the income ladder. Only 50 percent of kids from low-income families enroll in college. Even fewer graduate. Just one in four college freshmen from the lower half of the income distribution earns a bachelor’s degree by age 24.

Minorities face a similar graduation gap. Just 40 percent of blacks and 51 percent of Hispanics earn their degree within 6 years — compared to 62 percent of whites.

The cost of college is one reason why. But there’s more to the story than that. Low-income, minority, and first-generation college students — as well as their families — often lack the information and guidance needed to thrive in college.

That’s something that colleges and universities can address.

At Mercy College, the school I lead outside New York City, we’ve implemented an aggressive counseling program called PACT to serve the 74 percent of our freshmen who come from low-income families. PACT also caters to our African-American and Latino populations — each of whom comprises one-third of our student body.

The program pairs students with mentors who assist them with the academic, financial, and emotional challenges college poses. Students have grown to depend on these peer counselors to help them deal with everything from stress over final exams to trouble communicating with their families. Mentors also have access to real-time data on their students’ academic performance. So they can intervene if their mentees are struggling.

Although the program is new, it has delivered impressive results. Participants persist toward their degrees at a rate 14 percent higher than non-participants. The five-year graduation rate is up 20 percent — a significant improvement by the standards of higher education.

Other universities have adopted similar programs. The University of Texas recently started “U.T. Mindset” to bolster the confidence of incoming freshmen from historically underrepresented groups. After participating in the program, many black, Latino, and first-generation students reported that they had overcome feelings that they “didn’t belong” or “weren’t smart enough.”

These programs are cutting costs for students and institutions alike. They reduce the need for remediation and push students toward graduation. That’s crucial, because the longer it takes for them to graduate, the more likely that life intervenes and throws them off track.

Mentoring programs like those at Mercy and Texas won’t eliminate all the challenges that confront low-income and minority students. But they’re making an impact — and can help colleges and universities fulfill their duty to educate America’s best and brightest, advantaged and disadvantaged alike. 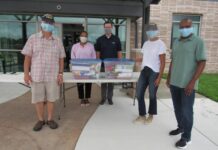 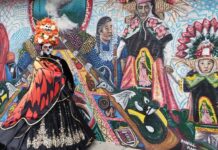 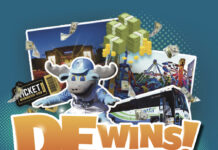 Partnership will provide public education and incentives for vaccination, including $302,000 cash drawing