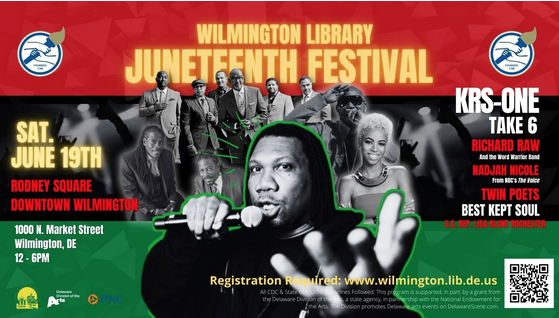 Wilmington City Government is celebrating its first official Juneteenth holiday, which was created through a City Council Ordinance earlier this year and signed by the Mayor. The City initially commemorated Juneteenth in 2020 as a holiday as directed by Mayor Purzycki through an Executive Order.

The Mayor today urged City residents to reflect on the history of Juneteenth and to celebrate its meaning and purpose.   Juneteenth is our nation’s oldest national commemoration of the end of slavery. It marks the date—June 19, 1865—when a Union Civil War General rode into Galveston, Texas to announce that the war had ended and that the 250,000 slaves in the state of Texas were declared free by the United States Army.

Even though President Abraham Lincoln had issued the Emancipation Proclamation in 1863, which declared more than three million slaves living in the Confederate states to be free, two years would pass before the news reached African Americans living in Texas. Almost immediately, celebrations began in Texas among former slaves involving prayer, music, food, and dancing.

Celebrations around the nation continue in various forms today.   “Our national and local history of slavery and of racial and social injustice is admittedly long, much too complicated, and so very, very disheartening,” said Mayor Purzycki.

“However, there are reasons to believe that a new era of respect, appreciation, and support for each other is possible, and will happen. Juneteenth is yet another opportunity for us to learn about and confront our history. What we learn should help us all become more understanding of each other and more tolerant of the ethnic and cultural ideals and values that bind us and contribute to a stronger City and nation.”     The Mayor said the Juneteenth commemoration should fortify our Citywide commitment to being fully accountable and transparent as we push for an end to systemic racism and the removal of any obstacles that threaten equality and freedom for all people.