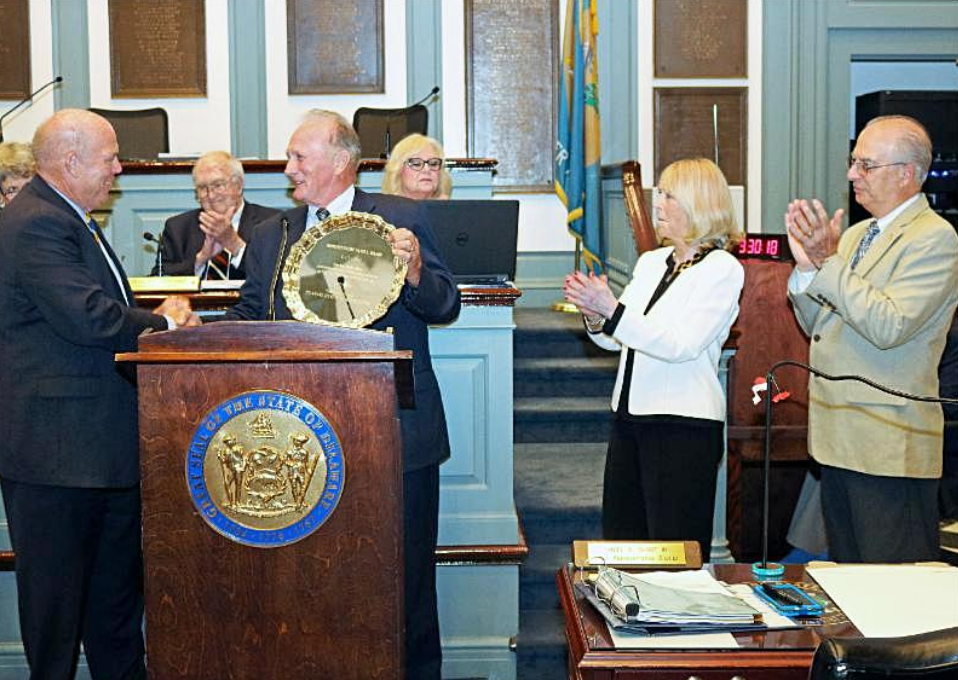 As State Rep. Dave Wilson concludes his last legislative session in the Delaware House of Representatives, he was recently honored for his service in the chamber. After five consecutive terms, he is departing to seek an open seat in the Senate.

Dave Wilson began representing the 35th District in 2008. A breeder of Haflinger horses, and representing a largely agricultural area, he has earned a reputation for being one of the most ardent defenders of Delaware farmers in the General Assembly.

Rep. Wilson has been especially outspoken regarding his support of the Delaware Farmland Preservation program and fighting for its continued funding. With his advocacy, that program marked a substantial milestone earlier this year when the amount of permanently preserved farmland topped 127,000 acres — about a quarter the state’s total. Another 45,000 acres are enrolled in Farmland Preservation Districts.

As part of a House of Representatives’ tradition paying tribute to departing members, Rep. Wilson was presented with a inscribed silver platter as a token of his tenure.

Several state representatives praised Dave Wilson’s altruism, noting the donation of his time, money, and property in aid of events and organizations benefiting the community — all done without calling attention to himself.