That’s the opinion of Dr. Sherrill Sellman who saw one of her own cousins die tragically primarily because they did not manage their illness correctly.

“The news about diabetes isn’t good,” she said. “The incidence of Type 2 diabetes in adults is reaching epidemic levels, which is not easy to achieve for a disease that is not contagious. Moreover, children are becoming diabetics at a faster rate than ever before. One in three children born today will become a diabetic in their lifetime. Over the course of the last 10 years, there has been a 1,000 percent increase in these cases.”

The statistics from Wellness International Network tell a tale of a disorder that is running rampant in the U.S., which has been designated the most obese nation on the planet.

One in four overweight children is being diagnosed with impaired glucose tolerance, an early sign of Type 2 diabetes

“I watched two of my cousins suffer dramatically from diabetes-related blindness and then amputations,” Sellman said. “One of my cousins eventually died from those complications. What still makes me cry is the fact that neither of them had to suffer. If they could have simply managed their blood sugar through diet and lifestyle choices, they’d both be living happy, fulfilling quality lives today.”

Three myths that Dr. Sellman wants to debunk include:

·It’s JUST a fat person’s disease — “Being fat is not a cause of diabetes,” she said. “Obesity is an indicator that someone isn’t managing their diet and blood sugar correctly. You can be relatively average in terms of your weight, but still be at risk.

* If I get diabetes, the meds will keep me healthy — “Most people think diabetes is treated with insulin, and as long as you take your shots, everything is okay,” she added. “But that’s Type 1. Type 2 diabetes is typically treated with oral medications that have their own issues, including risk of congestive heart failure, heart attacks, stroke, chest pain, diarrhea, nausea, vomiting and indigestion.

· Diabetes can’t be prevented or controlled just through diet and lifestyle — “In most cases, diabetes can be prevented entirely through diet and lifestyle choices,” Sellman said. “Moreover, research studies indicate that proper diet and exercise can help control other symptoms of diabetes like elevated cholesterol and hypertension. Certain combinations of natural ingredients can boost those effects, such as the combination of nutrients found in Syntra-5 (www.syntra5.com), which was proven in a clinical study to reduce blood sugar levels three times greater than traditional diabetes pharmaceuticals.”

Sellman is motivated by her family’s stories to convince everyone that blood sugar that isn’t controlled is an issue for everyone, and not just diabetics.

“At the rate we are going, simply being an American will place you in a high risk group for diabetes,” she said. “I cannot stress firmly enough that people should do everything they can to get and stay healthy, and manage their blood sugar so that they don’t have to suffer the way my family did.”

Sherrill Sellman, N.D., Naturopathic Doctor (Board Certified in Integrative Medicine), is an educator, women’s natural health expert, psychotherapist and journalist in the field of women’s health. She is also a much sought after international lecturer, radio host, senior editor and contributing writer to numerous health publications. Dr. Sellman is the best-selling author of Hormone Heresy: What Women MUST Know and What Women MUST Know to Protect Their Daughters from Breast Cancer. 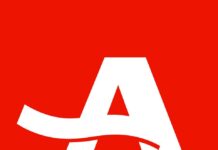 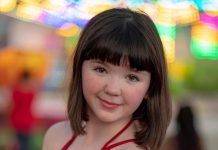