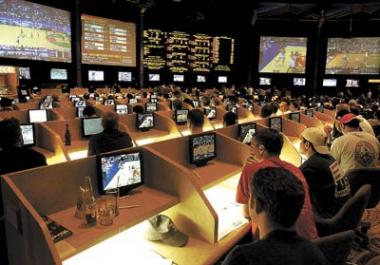 The Delaware Senate voted in favor of Gov. Jack Markell’s proposal to legalize sports betting in the state on Tuesday by a vote of 17-2. Markell is expected to sign the bill into law later this week.

“It’s time to move forward and ensure the Delaware Sports Lottery is a success,” Markell said after the vote. “This will generate critical revenue to help fund our core commitments.”

Delaware is one of only four states in the country — along with Nevada, Oregon and Montana — that had sports betting laws on its books when Congress passed the 1992 Professional and Amateur Sports Protection Act, which banned states from being in the bookmaking business.

Markell, whose state is facing a nearly $800 million budget deficit, hopes that bringing sports betting to his state will generate more than $50 million in the first year alone.

Delaware had a sports lottery — basically parlay betting — for one football season, back in 1976. It failed miserably. But for years the state legislature has been trying to bring it back to take advantage of an increased interest in gaming both nationwide and locally, especially along the condensed mid-Atlantic seaboard, where several states have gaming of some kind. However, former Gov. Ruth Ann Minner opposed the idea.

The newly elected Markell hinted on the campaign trail he was open to sports betting, and then made it the centerpiece of his plan to reduce the state deficit. But when his bill was initially voted on by the Delaware House earlier last week, it was rejected.

Many state legislators disagreed with what the governor was asking struggling local racinos — horse race tracks that carry video slot machines — to pay in newly charged licensing fees and increased shares of their handle. Two days later, after a nine-hour negotiation between Markell and leaders in the state legislature, a compromise was reached. In the Senate, the debate and the vote lasted less than 30 minutes.

“I am very pleased the Senate acted so quickly to pass the sports lottery legislation,” Markell said.