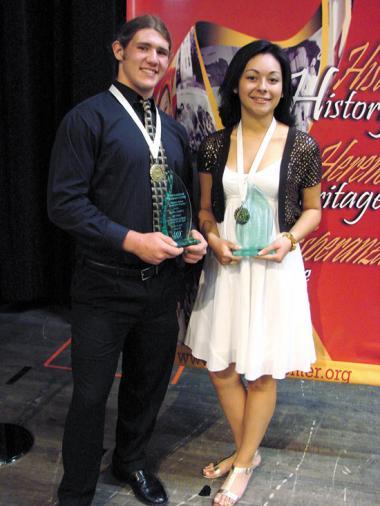 Wilmington- These are the two Outstanding Students of the Year for High School that received their recognition at an award ceremony held in Dover on April 25, 2009:

She is currently a senior at Christiana High School, is ranked first in her class of 251 students, and has earned a cumulative GPA of 4.6.

She has been described by one of her instructors as ‘my most talented student’ has taken eight Advanced Placement courses, and has been accepted into the Honors Program at the University of Delaware.

This student excels both academically and athletically, serving as co-captain of her volleyball and tennis teams this year, and has lettered in both since her sophomore year.

She has served as sentinel for the Future Farmers of America for the past two years, is this year’s vice president, and has won the following state-level contests: the silver award in dairy; the gold award in floriculture; and first place in landscape. On the national level, she has also been awarded the silver in dairy, gold in floriculture and gold in landscape.

She attended the Governor’s School for Excellence, and was one of only two representatives from the state of Delaware to participate in the Constitution program in 2007.

In addition, she has been a member of the National Honor Society for the past three and has volunteered her time at Little Sisters of the Poor and the University of Delaware.

He is currently a junior at Cab Calloway High School, where he maintains a current GPA of 4.421.

Described as a “natural leader and the best his generation has to offer” this young man excels in everything he does, has already been recruited by top universities (including Harvard and the University of Pennsylvania) for his excellence in academics and football.

Aside from his success in the classroom, which includes maintaining A’s in several AP and Honors courses, he has lettered in football, lacrosse and wrestling.

A member of the Blue Hen 1st Team All-conference for football, he has placed first in the 189 lb weight class at the Blue Hen Conference Wrestling Tournament, is captain of the football and lacrosse teams and serves as Student Body Vice-President.

In addition to his academic and athletic awards, he has also been recognized for his work in cinematography and is an active volunteer in his community. 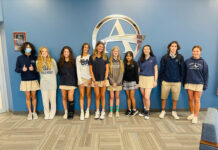 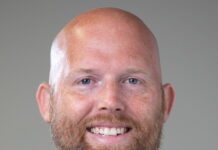