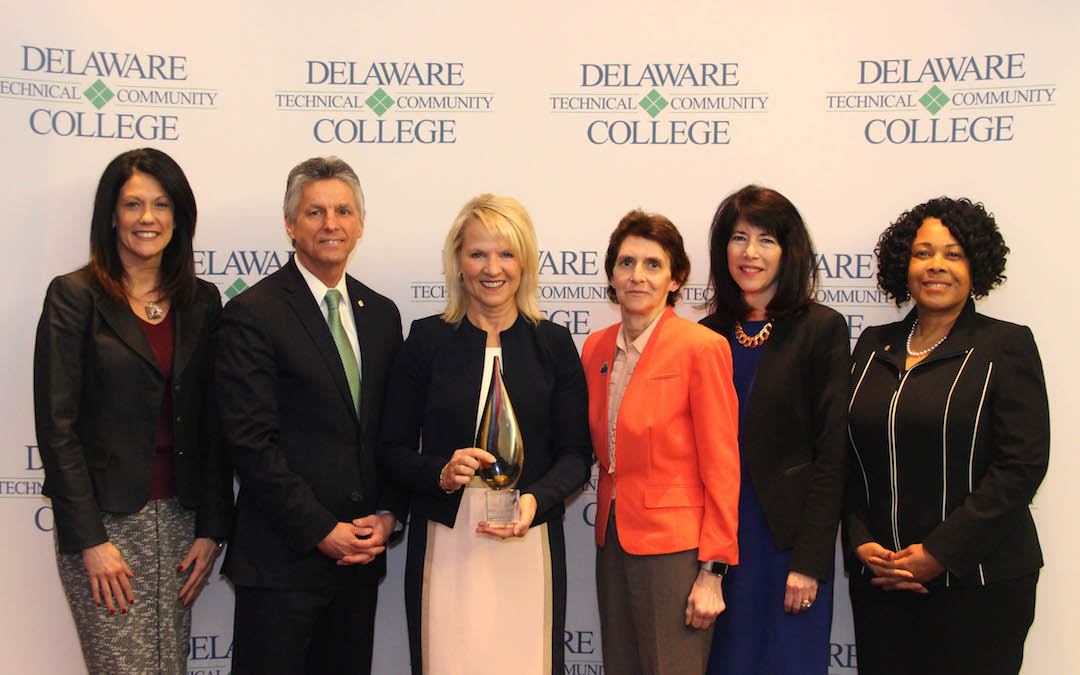 Delaware Technical Community College honored Lt. Governor Bethany Hall-Long at its Women’s History Month Celebration on March 20 in recognition of her many contributions to healthcare, education, and public service in Delaware.

“Lt. Governor Hall-Long has spent her professional life giving back,” said Delaware Tech President Mark T. Brainard. “Because of her service as a representative, senator, and now as lieutenant governor, we have all benefitted from her expertise and commitment to making changes that improve the health and welfare of the citizens of Delaware.”

Since January 2017, Lt. Governor Bethany Hall-Long has served as Delaware’s 26th Lt. Governor. Formerly, Lt. Governor Hall-Long served as a Delaware State Senator from 2008-2017 and a State Representative from 2002-2008, where she focused on issues involving behavioral health, cancer, education, and the environment.

After graduating from the Medical University of South Carolina with her MSN in Community Health Nursing, Lt. Governor Hall-Long went on to receive her Ph.D. in Health Policy and Nursing Administration from George Mason University. Lt. Governor Hall-Long’s career in nursing took her from state to state with her husband, a Navy veteran, where she worked with underserved populations in need.

After returning to her home state of Delaware, Lt. Governor Hall-Long became a nursing professor at the University of Delaware, where she has served for over 20 years. Her research and community service record with at-risk groups such as pregnant teens, people with diabetes, the homeless population, and individuals with mental illness make her a nationally recognized health scientist. Lt. Governor Hall-Long currently resides in Middletown, Delaware with her husband Dana, and son, Brock.