Lewes, DE – U.S. Secretary of the Interior Ken Salazar and Director of the Bureau of Ocean Energy Management, Regulation and Enforcement (BOEMRE) Michael R. Bromwich today announced that the Department is initiating the process to offer the first commercial wind lease under the “Smart from the Start” Atlantic Offshore Wind program, off the coast of Delaware. The decision follows a determination that there is no competitive interest for commercial wind energy development in this area of the Outer Continental Shelf, precluding the need for competitive bidding.

“This is a significant milestone for our nation’s energy future,” said Secretary Salazar, “allowing Interior officials to move toward a non-competitive lease agreement with NRG Bluewater Wind Delaware for potential offshore wind development. This is another major step forward in tapping the enormous offshore wind potential of the Atlantic coast.”

Salazar added that several steps remain before a lease can be issued, including environmental reviews and consultation with other federal, state, local and tribal organizations. Additionally, once a lease is issued, the developer will be required to submit a detailed construction and operation plan that will be subject to further environmental review and public comment before any final decision is made on a proposed project.

“We have been working closely with Governor Jack Markell and his team through our ‘Smart from the Start’ initiative as they seek to meet Delaware’s renewable energy goals,” said Director Bromwich. “We will continue working closely with the state, local communities, and affected parties as we begin the leasing process.”

Gov. Markell highlighted the economic opportunity presented by the expediting of commercial wind leases. “It’s encouraging to see the federal government putting some of its efforts into moving offshore wind energy forward,” said Gov. Markell. “The decision recognizes the longer-term economic and environmental benefits the NRG Bluewater Wind project could provide Delaware and that the offshore wind industry could provide the nation.”

The Delaware Department of Natural Resources and Environmental Control has been at the forefront for liaising with BOEMRE and Bluewater Wind to get the leasing process initiated. “NRG Bluewater Wind’s progression through the federal leasing process is a major milestone towards harnessing the environmental and economic benefits of offshore wind, Delaware’s most abundant renewable resource,” said DNREC Secretary Collin O’Mara. “BOEMRE’s leadership in facilitating progress on offshore wind has been critical in making the vision of producing clean energy for Delaware off our own shores a reality.”

To ascertain competitive interest, BOEMRE published a Request for Interest (RFI) in the Federal Register regarding wind energy development in federal waters offshore Delaware. The bureau received only one response from a qualified organization to the April 2010 RFI –Bluewater Wind Delaware, LLC. BOEMRE then published a second Federal Register notice in January 2011 to determine whether competitive interest existed for the area proposed by Bluewater Wind. The bureau did not receive any additional expressions of interest. To review public comments submitted in response to these notices, go to: http://www.boemre.gov/offshore/RenewableEnergy/stateactivities.htm#Delaware.

In response to concerns raised in these comments, BOEMRE will collaborate with the U.S. Coast Guard to better quantify the amount and location of vessel activity in the proposed lease area and will evaluate methods to analyze the effects of wind energy facilities and infrastructure on marine vessel traffic. Additionally, in BOEMRE’s National Environmental Policy Act (NEPA) review of potential effects associated issuing a commercial wind energy lease and site characterization activities, the bureau will consider potential effects on commercial fishing and other activities within the proposed lease area prior to issuing the commercial lease to Bluewater Wind. A more detailed NEPA analysis will cover the potential impacts to these resources from Bluewater’s proposed wind facility installation, operations, and decommissioning activities; these activities will be described in the company’s construction and operation plan submitted after the commercial lease is executed.

BOEMRE will soon publish the decision to move forward with the noncompetitive leasing process in the Federal Register as a Determination of No Competitive Interest (DNCI), as required by offshore renewable energy regulations. 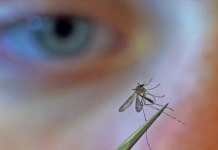