WILMINGTON, Del. (Dec. 10, 2013) – Dole Food Company will continue to do business at the Port of Wilmington for the next 15 years thanks to a lease signed Tuesday that will positively impact hundreds of jobs and secure a critical revenue stream for Delaware’s economy.

Gov. Jack Markell welcomed David H. Murdock, Chairman, CEO and Owner of Dole Food Company; Alan Levin, Chairman of Diamond State Port Corporation and Director of the Delaware Economic Development Office; and other government, company and union officials at the signing, which took place at the governor’s offices in the Carvel Building in Wilmington.

“The Port has been a vital hub of commerce in Delaware for nearly a century. Today it remains as important as ever thanks to customers like Dole, which connect our state to the global economy, provide jobs for hard-working Delawareans and ensure a dependable flow of revenue for our economy,” Gov. Markell said. “We applaud today’s signing and thank Dole officials for working with Delaware to get this deal done.”

Retaining Dole’s business was crucial not only to the Port but also to the State of Delaware. The company’s use of the Port for its cargo operations will continue to support 850 family sustaining jobs.

“We have been at the Port of Wilmington for more than 30 years and this agreement with the Diamond State Port Corporation reaffirms our commitment to the people of Delaware, the longshoremen, our employees, vendors and customers,” said Stuart Jablon, Vice President and General Manager of Operations for Dole Fresh Fruit. “Dole was the first containerized banana company importing here and now this is the largest fresh fruit import port in North America. We are confident that this decision will help maintain Dole’s position as a top brand in the very competitive North American fruit market and we look forward to enjoying a long and mutually supportive relationship with the port for many years to come.”

Dole is the Port’s largest customer, importing bananas, pineapples and other fruit and exporting forest products and general cargo. Its leasehold encompasses 37.7 acres of terminal land and about 100,000 square feet of warehouse and office space. Dole’s ships make approximately 52 vessel calls annually at the Port, which is operated by Diamond State Port Corp (DSPC). The lease and its two extension option periods, each 10 years long, will enable Dole Fresh Fruit Company, a Dole subsidiary, to continue its terminal operations at the Port of Wilmington through 2048.

This lease includes terms governing Dole’s usage of the Port and commitments by the DSPC such as increasing the number of cranes and other upgrades to the Dole leasehold.

“The appropriation of the funding necessary to make these improvements is the result of a joint effort between the Markell administration, state legislators and the Port board,” Levin said. “Dole’s shipments are of great value to the Port, and the DSPC is excited at the prospect of continuing this outstanding relationship well into the future.” 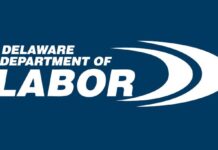 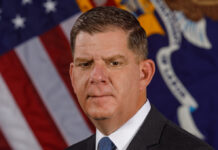