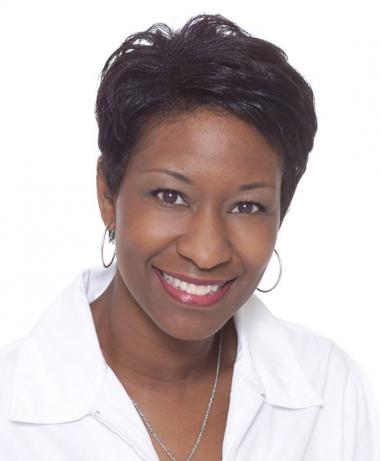 DOVER, Del. – Delaware State University alumna and Dover native S. Renee Smith, was honored by a proclamation in Buffalo, N.Y. that made July “S. Renee Smith Day” in the city. an image consultant, motivational speaker and author, was in for a surprise before she gave the keynote address to a Buffalo, N.Y. crowd during the city’s July 17 Kingdom Vision Buffalo event.

Ms. Smith has increasingly made her mark on the world as a sought-after motivational speaker, and was invited to be the keynote speaker at the event – a non-denomination Christian event designed to strengthen the outreach of local service provided to city residents, to address the challenges of teen pregnancy, homicides and high unemployment, as well as provide a fellowship venue for a diverse gathering.

Ms. Smith told the thousands gathered in downtown Buffalo’s Niagara Square that to make things better in the city, individuals had to take ownership of their lives and to maintain their faith in themselves, each other and their God.

Ms. Smith the mayor’s proclamation was a complete surprise to her. “I was truly humbled by it,” she said. “It was a blessing to be honored that way.”

Mayor Brown’s formal proclamation praised her for being the keynote speaker for the event. It also recognized her years at DSU – as a 1988 graduate with a BS in marketing and as a former director of Public Relations – as well as her authorship of her inspirational book There is More Inside and her success as a motivation speaker “that has inspired audiences across the United State and internationally.”