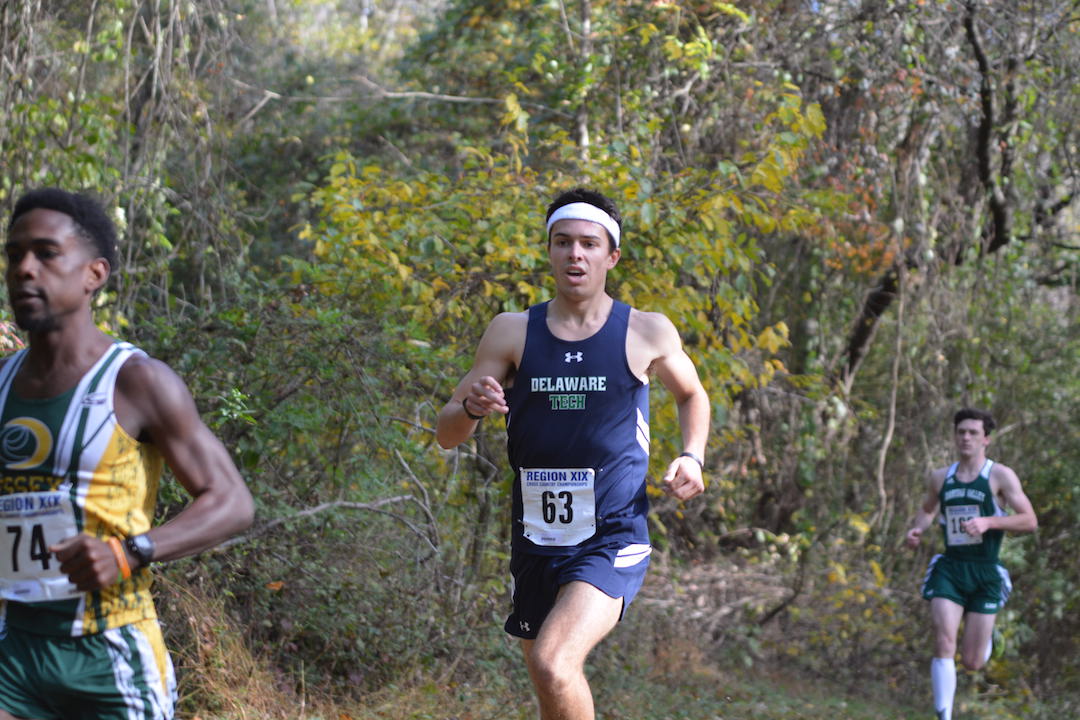 When Sean Saxton was a member of the Dover Senators cross country and track & field teams, his dream was to be a collegiate runner. He didn’t have to go far to live out that dream.

Saxton’s performance on the various cross country courses didn’t disappoint. Despite running a longer distance, male runners compete in an 8K in college instead of a 5K, Saxton emerged early on as the team’s top runner. He won the Dukes Cross Country Meet in September and the Brookdale Cross Country Meet in October.

The season didn’t come without some adversity. Saxton sprained his ankle in mid-September and had to miss a race and go through some rehab.

“It was a humbling experience,” Saxton said. “It made me hungrier to come back and made me appreciate the sport event more.”

Joining a cross country program in his backyard also allowed Saxton to help promote the team to other athletes and Dover area businesses. All Delaware Tech sports are open to student-athletes at any of the college’s four campuses throughout the state. Cross country runners at the other campuses train and practice on their own, then the entire team comes together on the weekends for meets. It makes for an interesting mix of athletes from northern and southern Delaware who may have competed against each other throughout high school.

“In high school they are fierce competitors with each other,” head coach Ray Parker said. “But as soon as they get away from that and become teammates they become best buddies.”

One of the other new additions to the Delaware Tech team knew Saxton very well from high school. Dyce Bailey, a graduate from Polytech High School, ran against Saxton quite a bit during their senior year, especially in outdoor track and field.

Bailey only started running in his senior year, but his performance was still good enough to become a second team all-conference runner that year. Once he found his pace and acclimated to the extended distance, he was consistently a top runner for Delaware Tech.

“It was a big challenge,” Bailey said. “I was just getting used to three miles. But training and trusting the workouts helped a lot.”

Saxton, Bailey, and the rest of the men’s team ended up one point short in repeating as regional champions this year. Saxton finished second overall and Bailey placed fourth overall. Instead of that result bringing them down, it has made them more determined for next year. 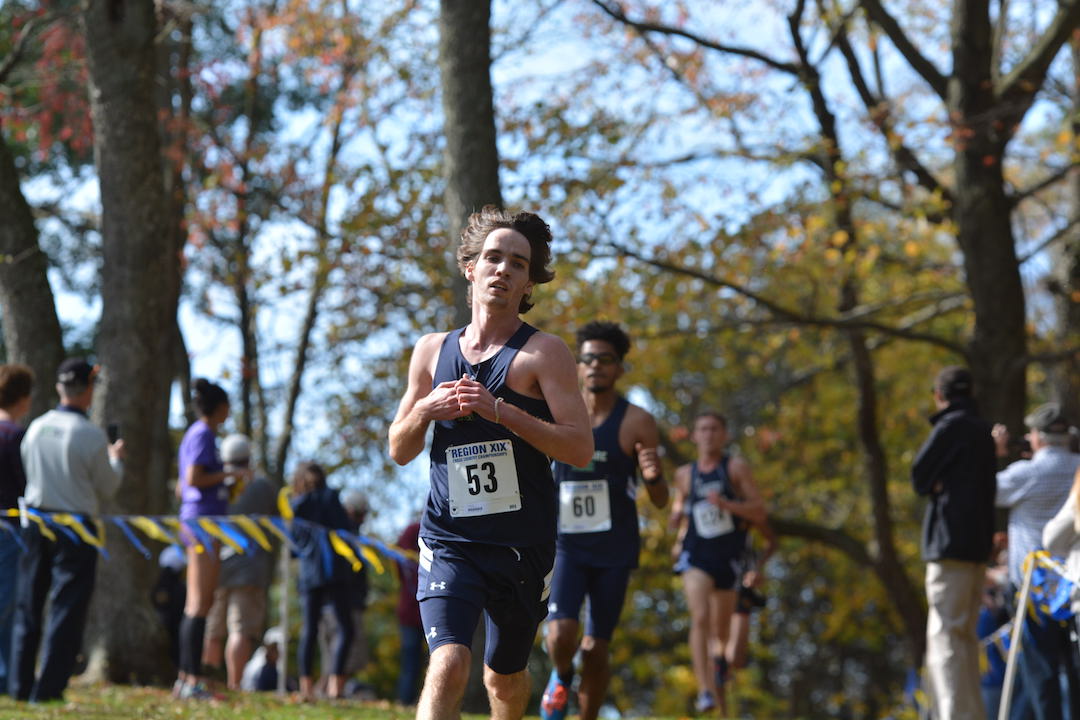 “There’s such a positivity amongst them,” Parker said. “They pick it up as a positive and it lit a fire under them.”

On the women’s side, positivity is exactly what Aliyah Navarro brought to the team. Navarro, from Smyrna, enrolled at Delaware Tech after waiting a year to enroll at the University of North Carolina. A superstar runner since middle school, Navarro ran for Wilmington Christian High School, where she was captain of the cross country team for two years and captain of the indoor and outdoor track & field teams for one year.

“Aliyah came out and made an immediate impact on the women’s team,” Parker said. “She forced some of the other girls to step up and she became the one to chase.”

Navarro helped lead the women’s team to a third place finish at the regional meet this year. Despite being a top runner early in the season, she saw steady improvement throughout the year. Navarro credited the encouragement of her teammates and the training she received from the coaching staff for her stellar season. Besides the training, all members of the men’s and women’s teams received a pre-season gait analysis to study their overall body movement and running style. 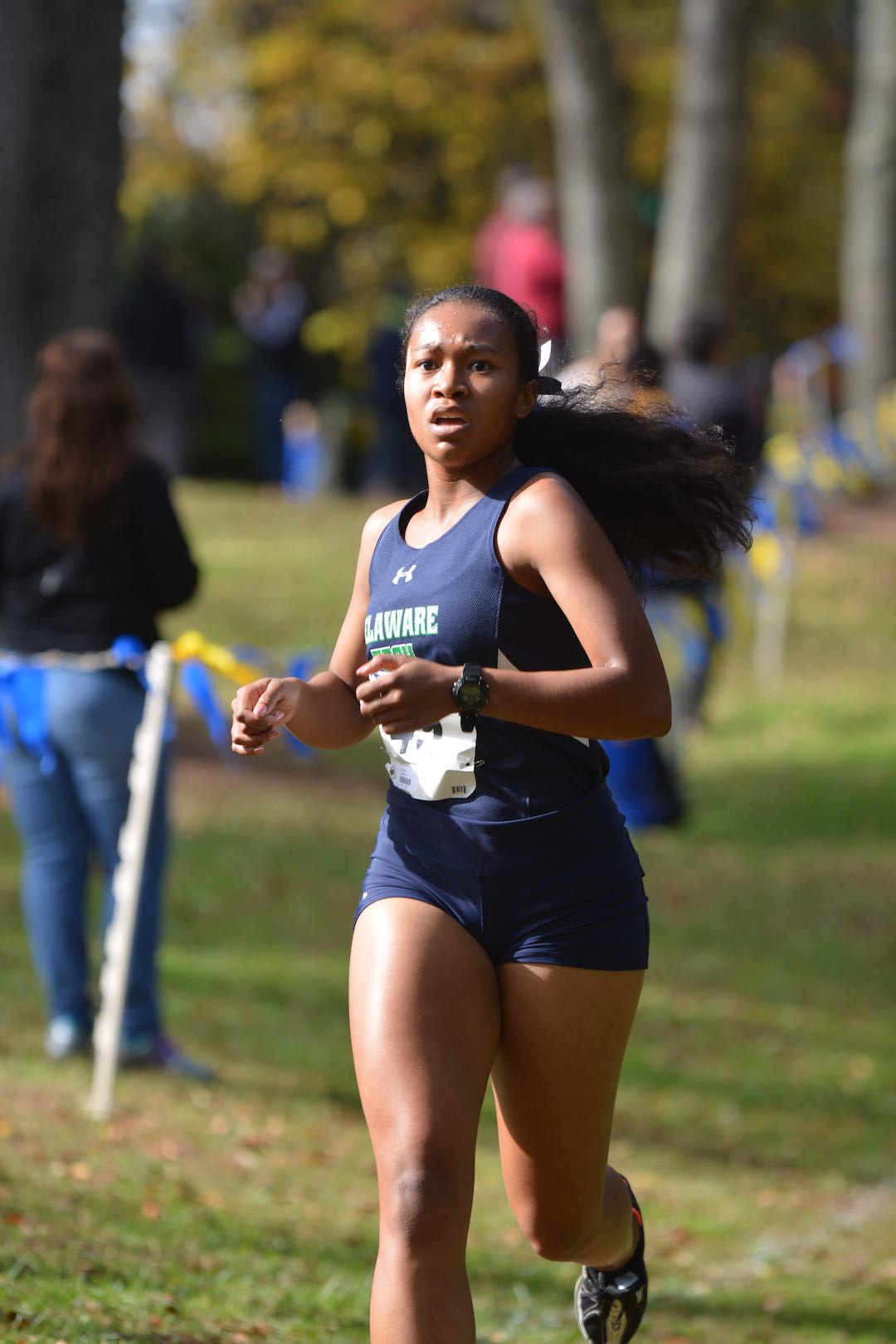 “We try to make it a completely different experience at this level. So we can train the athlete and create a better balanced athlete,” Parker said.

All three student-athletes have impressive academic goals to focus on as well. Saxton wants to eventually pursue a career as a physical therapist, Bailey is an occupational therapy major, and Navarro has her sights set on a journalism and broadcasting career.

“They are all great student-athletes who are very responsible academically, which always comes first,” Parker said. “And one thing you look at as a coach is if they are coachable, and they have all been coachable and are all very disciplined.

“They aren’t just good athletes, they are good people.”

#3. Aliyah Navarro competes at the 2017 Region XIX Cross Country Championship Meet, where she was the second-fastest runner for Delaware Tech. 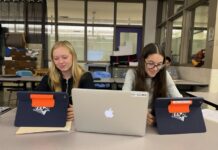