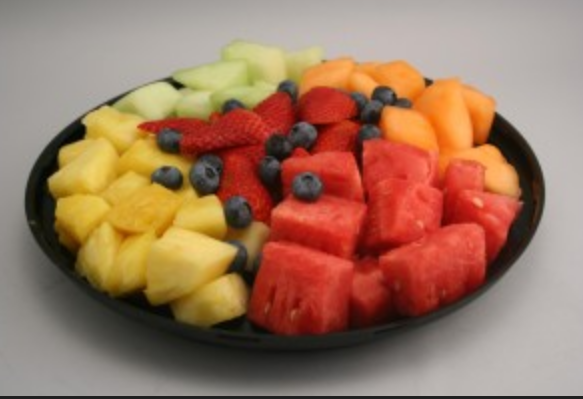 DOVER (Dec. 20, 2019) — The Delaware Division of Public Health (DPH) announced today that it has confirmed 26 cases of Salmonella in school-aged children in New Castle County that are associated with a multistate outbreak of Salmonella Javiana infections linked to recalled cut fruit. The DPH Office of Food Protection worked with distributors in Delaware to ensure that any facilities that may have received the recalled products were made aware of the recall and were instructed to not serve, and to discard, the impacted products. The shelf life of the potentially contaminated fruit products has expired and any products of concern are no longer in circulation. It is likely that anyone who would have become ill from consuming any of the contaminated products linked to this outbreak would have already become ill. There is currently no ongoing risk to the children in these school districts due to the recalled fruit, and no risk to the general public as the recalled items were not sold in grocery stores.

It is important to note that while Salmonella infection is a common illness, some symptoms may also mirror symptoms of the flu. Parents concerned about symptoms of ill children should contact their health care provider, but not assume they are caused by Salmonella.

On Dec. 11, 2019, the Centers for Disease Control and Prevention (CDC) announced that it, along with the U.S. Food and Drug Administration (FDA), and public health and regulatory officials in several states, were investigating a multistate outbreak of Salmonella Javiana infections linked to cut fruit recalled by Tailor Cut Produce of North Brunswick, New Jersey.

DPH recently identified 26 individuals infected with the outbreak strain of Salmonella Javiana in Delaware. The cases involve school-aged children between the ages of 4 to 17 years old. The children are students at schools served by Red Clay Consolidated School District, Colonial School District, and the Community Education Building in downtown Wilmington. DPH was not able to confirm school information for seven of the individuals, except that they reside in New Castle County. Illnesses started on dates ranging from the third week of November to the first week of December.

According to the CDC, as of Dec. 11, 2019, 11 people infected with the outbreak strain of Salmonella Javiana were initially reported from two states, including Pennsylvania and Minnesota. No deaths have been reported as part of this outbreak. Epidemiologic and traceback evidence indicate that fruit mix with cantaloupe, honeydew, pineapple, and grapes from Tailor Cut Produce of North Brunswick, New Jersey, are a potential source of this outbreak. The company recalled the fruit mix, called Fruit Luau, as well as cut honeydew, cut cantaloupe, and cut pineapple products on Dec. 7, 2019.

Delaware’s cases were linked to the multistate outbreak through a standardized laboratory and data analysis method called whole genome sequencing (WGS). Final results linking individual cases of salmonella to the outbreak take approximately two to four weeks to be reported to the states, so although the risk of illness from consuming potentially contaminated fruit has passed, additional Delaware cases could be linked to this outbreak through WGS.

The multi-state investigation is ongoing to determine the source of contamination and if other products are linked to illness.

About Salmonella:
Salmonella are a group of bacteria that can cause gastrointestinal illness and fever called salmonellosis. Most people infected with Salmonella develop diarrhea, fever, and stomach cramps 12 to 72 hours after being exposed to the bacteria. The illness, salmonellosis, usually lasts four to seven days and most people recover without treatment.

In some people, the illness may be so severe that the patient needs to be hospitalized. Salmonella infection may spread from the intestines to the bloodstream and then to other places in the body. Children younger than 5 years, pregnant women, adults 65 and older, and people with weakened immune systems are more likely to have severe illness.

Individuals who exhibit symptoms of a Salmonella infection should:
Talk to your health care provider.
Write down what you ate in the week before you started to get sick.
Wash your hands thoroughly after changing diapers and using the toilet, and before and after preparing food to lower the chance of infecting others.