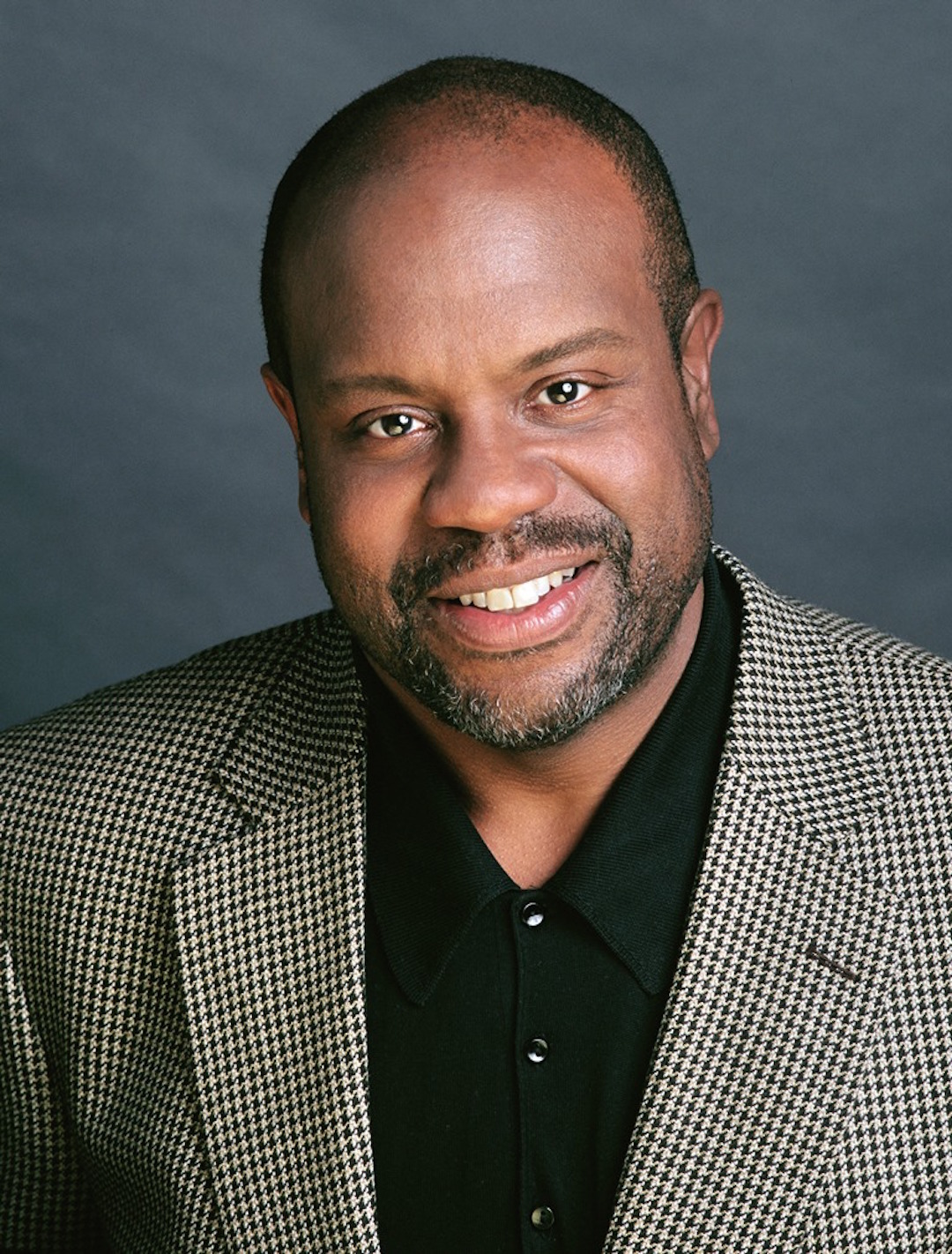 The Delaware Symphony Orchestra will commemorate the 50th anniversary of the death of Martin Luther King Jr. with its next Chamber Series concert, “Triumph over Adversity,” Tuesday, February 20, 2018, at 8:00 p.m. in the Gold Ballroom of the Hotel du Pont, Wilmington. Principal DSO Players Lura Johnson, piano; David Southorn, violin; and Philo Lee, cello, will present Mendelssohn’s Piano Trio No. 2 in C minor, Op.66 in the first half. After intermission, guest artist Kevin Deas, bass-baritone, and Ms. Johnson will present a powerful program of American Spirituals, lieder, and solo piano works.

“When we titled the February 20, 2018 Chamber Series concert program, ‘Triumph over Adversity,’ we didn’t realize how literal it would become,” said DSO Executive Director Alan Jordan. The program was originally to include the Messiaen Quartet for the End of Time. However, due to a scheduling difficulty on the part of one performer, and injuries sustained by Concertmaster David Southorn in an assault, the work had to be postponed and the program revamped. “Thankfully, David has made a full recovery and he will play the concert,” Jordan reported.

The added work in the program, Mendelssohn’s Piano Trio No. 2, again embodies the theme. The composer’s last published chamber music work before he died at age 38 ends quite triumphantly in C major, but not before a struggle in c minor that reflects one in the composer’s life.

The second half of the concert features special guest artist Bass-Baritone Kevin Deas and DSO Principal Keyboard Lura Johnson in spirituals, lieder, and solo piano works, all of which celebrate the enduring human spirit. DSO Music Director David Amado said, “I am thrilled to welcome Kevin Deas to Wilmington to be joined by the DSO’s own Lura Johnson for a wide-ranging exploration of ‘triumph over adversity’.”

Kevin Deas has gained international renown as one of America’s leading bass-baritones, perhaps most acclaimed for his signature portrayal of the title role in Gershwin’s Porgy and Bess (full biography attached to this release). In addition to spirituals, he will perform music of Schumann, Schubert, and Czech composer Pavel Haas, a student of Janáček, who was sent to the Theresienstadt concentration camp (Terezin) in 1941. There, in the last months of his life, he wrote “I Heard the Cry of Wild Geese,” part of his Four Songs on Chinese Poetry, one of eight compositions he wrote in the model camp. In 1944, Haas was one of 18,000 prisoners sent from Theresienstadt to Auschwitz to be murdered in the gas chambers.

Alan Jordan commented: “I have been privileged to work with Kevin Deas on several occasions in the past, and thought he would be a perfect fit for this Chamber Series program. That connection was bolstered when I learned Kevin and Lura Johnson have partnered many times in the past. Reuniting them in a program of arias, spirituals, and solo piano music that runs the gamut of human triumph— from nineteenth century personal struggles to Nazi concentration camps, to slavery and civil rights fights—will make for a truly remarkable and emotional evening.”

Hotel du Pont, at 11th and Market Streets in downtown Wilmington, is now a major sponsor of the orchestra’s annual four-concert Chamber Series, which has been held in the legendary hotel’s Gold Ballroom for many seasons. The hotel now joins longtime supporter DowDuPont as a co-sponsor of the series. With this sponsorship, Hotel Du Pont is the Official Hotel of the Delaware Symphony Orchestra. The DSO and the Chamber Series are also sponsored in part by a grant from the Delaware Division of the Arts, a state agency, in partnership with the National Endowment for the Arts. The division promotes Delaware arts events on www.DelawareScene.com

Tickets for the concert are $62 ($16 for students 21 and under, with ID) including a complimentary champagne, coffee, and dessert reception at intermission. Tickets are available online at delawaresymphony.org, or by phone at the Delaware Symphony Orchestra office, 302-656-7442.

The Delaware Symphony is Delaware’s only fully professional orchestra, an integral part of the First State’s cultural life since 1906. Recognized for artistic excellence, the Symphony presents classical and contemporary repertoire in full orchestra and chamber concerts, educational programs, and special events that attract audiences from throughout the region.

About Kevin Deas, bass-baritone: Kevin Deas has gained international renown as one of America’s leading bass-baritones. He is perhaps most acclaimed for his signature portrayal of the title role in Porgy and Bess, having performed it with the New York Philharmonic, Philadelphia Orchestra, National Symphony, St. Paul Chamber Orchestra, Pacific Symphony, as well as the most illustrious orchestras on the North American continent, and at the Ravinia, Vail and Saratoga festivals. In the 2017-18 season he is soloist in Beethoven’s Missa Solemnis with VoxAmaDeus, in Mozart’s Requiem with Boston Baroque, Handel’s Messiah at the National Cathedral, and Bach’s St. Matthew Passion at Madison Avenue Presbyterian Church (NYC). He also sings the title role in Porgy and Bess with Duisberg Phiharmoniker; in Porgy and Bess: A Symphonic Picture with the Reading Symphony Orchestra, and sings in Bernstein’s Wonderful Town with the Seattle Symphony; and is soloist with the Delaware Symphony, and with the PostClassical Ensemble, with which he is Artist in Residence.

He has performed Verdi’s Requiem with the Richmond and Winnipeg symphonies and the National Philharmonic; Messiah with Boston Baroque, the Cleveland Orchestra, Seattle and Kansas City symphonies, the National Philharmonic, and at the Warsaw Easter Festival; Mozart’s Requiem with the Alabama and Vermont symphonies; Bach’s St. Matthew Passion with the Grand Rapids Symphony and the Oratorio Society of New York; St. John Passion with the Bach Festival Society of Winter Park and Orquesta Sinfónica Nacional de Mexico; Ravel’s L’enfant et les sortilèges with the New York Philharmonic; and Copland’s Old American Songs with the Chicago and Columbus symphonies.

A strong proponent of contemporary music, Kevin Deas was heard at Italy’s Spoleto Festival in a new production of Menotti’s Amahl and the Night Visitors in honor of the composer’s eighty-fifth birthday, recorded on video for international release. He also performed the world premieres of Derek Bermel’s The Good Life with the Pittsburgh Symphony and Hannibal Lokumbe’s Dear Mrs. Parks with the Detroit Symphony. His twenty-year collaboration with the late jazz legend Dave Brubeck has taken
him to Salzburg, Vienna and Moscow in To Hope! He performed Brubeck’s Gates of Justice in a gala performance in New York.

Kevin Deas recorded Wagner’s Die Meistersinger (Decca/London) with the Chicago Symphony under the late Sir Georg Solti, and Varèse’s Ecuatorialwith the ASKO Ensemble under the baton of Riccardo Chailly. Other releases include Bach’s Mass in B Minor and Handel’s Acis and Galatea(Vox Classics); Dave Brubeck’s To Hope! with the Cathedral Choral Society (Telarc); and Haydn’s Die Schöpfung with the Virginia Symphony and Boston Baroque (Linn Records). Dvorák in America (Naxos), features Mr. Deas in the world premiere recording of Dvorák’s “Hiawatha Melodrama” and the composer’s own arrangement of “Goin’ Home” with the PostClassical Ensemble.