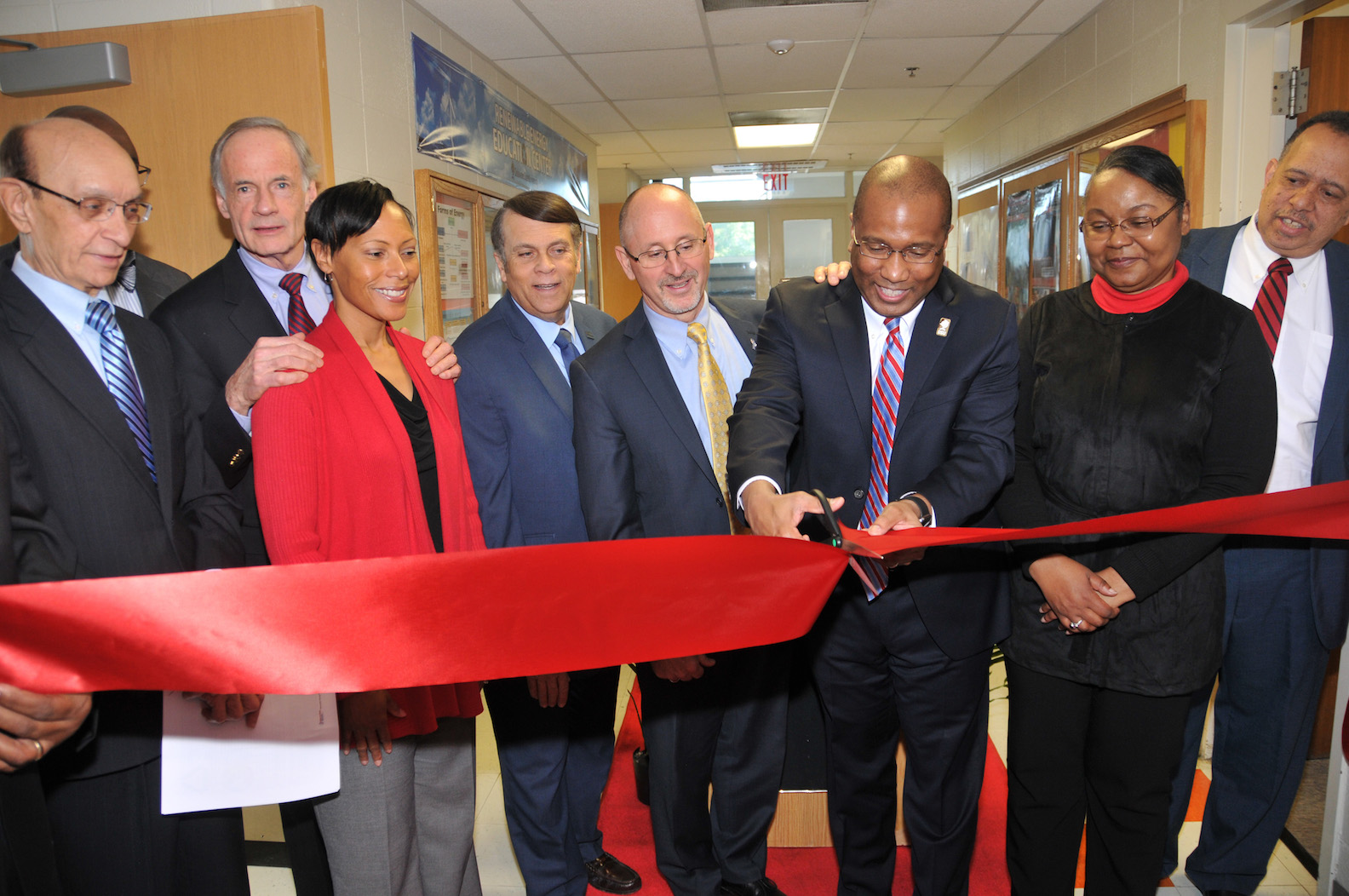 DSU President Harry L. Williams, Delmarva Power Regional President Gary Stockbridge and U.S. Sen. Tom Carper, along with other participated in a ribbon cutting ceremony that marked the establishment of the new center, which is located in the Luna I. Mishoe Science Center at DSU.

“Today, Del State is expanding once again, through the help of Delmarva Power, with the start of its Renewable Energy Education Center,” said U.S. Sen. Tom Carper. “The education and training that will go on here will be vitally important to helping Delawareans understand the need for renewable energy. It is possible to pursue policies that protect our environment and public health, while helping jumpstart new industries that can create jobs and help grow our economy.”

DSU’s REEC has been made possible by a $180,000 Energy Workforce Development grant from Exelon and Delmarva Power, which is the first installment of a four-year $720,000 commitment.

“This support from Exelon and Delmarva Power enables DSU to further diversify its research portfolio and enhance the work already being done by our faculty scientists and students in the energy field of study,” Dr. Williams said. “The establishment of a Renewable Energy Education Center here on campus not only expands the University’s academic possibilities, but also makes DSU an energy education resource and therefore a greater asset to the state of Delaware and beyond.”

The grant is part of the commitment Exelon made as part of its merger with Pepco Holdings in March 2016.

“Exelon and Delmarva Power are committed to supporting innovative programs that help states achieve their renewable energy goals and support workforce development in the communities where we live and work,” said Dave Velazquez, president of Pepco Holdings (which is under Excelon). “Programs like this will play a critical role in preparing our workforce for the clean-energy jobs of tomorrow.”

The REEC will be managed by Williams Pickrum, project manager.