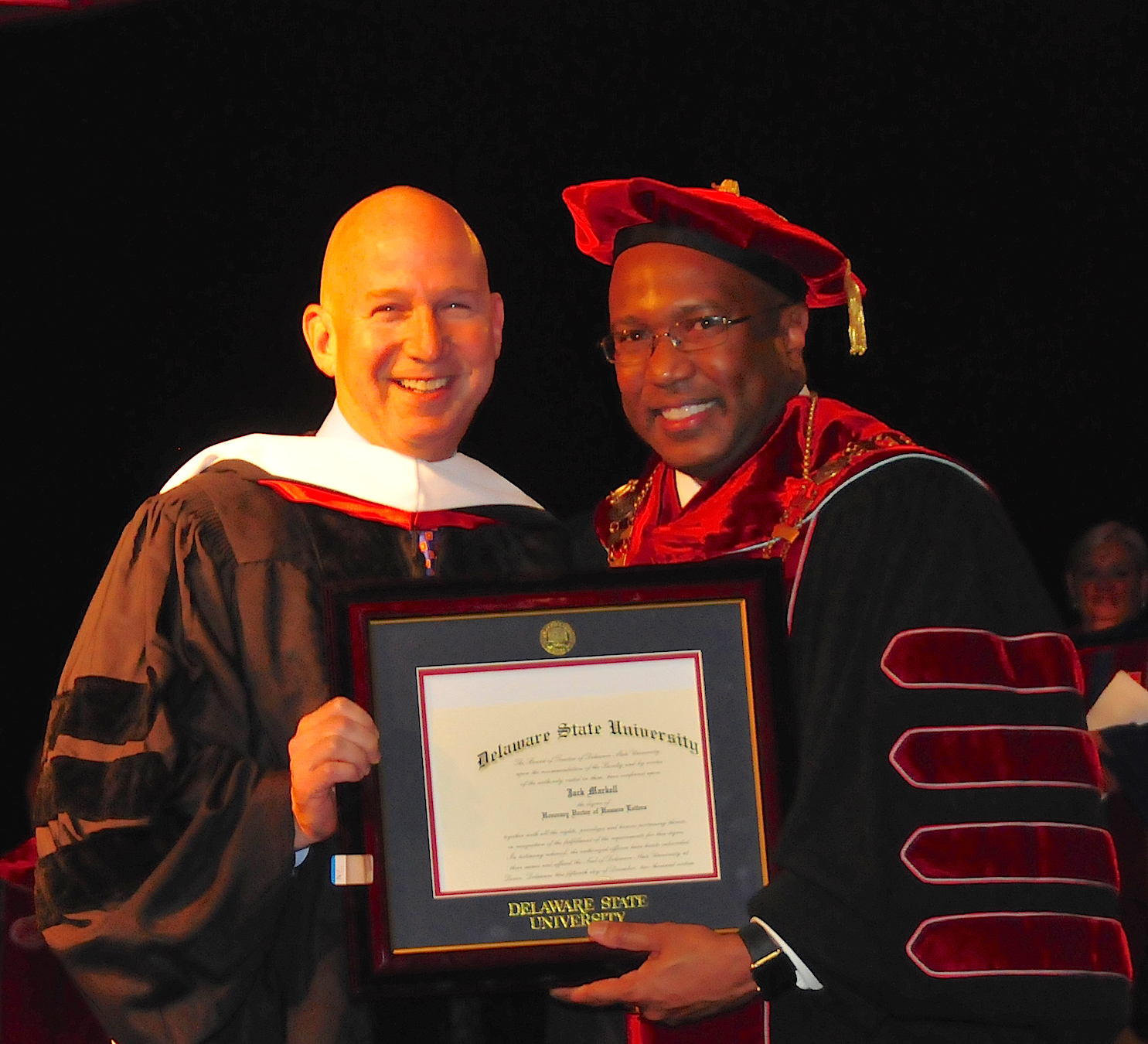 DOVER, Del. – DSU held its 2016 December Commencement on Dec. 17 in the Memorial Hall Gymnasium where more than 250 graduates received their diplomas recognizing the completion of bachelor, master and doctoral degrees.

In his address to the graduating class of December 2016, Dr. Taylor noted that he often has to field media question about the “relevancy” of Historically Black Colleges and Universities. He told the graduates that they are the most compelling case for why HBCUs matter.

Dr. Taylor said that DSU now needs its graduates to show up and be successful.

“You got to show up in the work place and show them that all the contributions you have received from the faculty have paid off,” Dr. Taylor said. “You have got to show that you’re are ready, willing, able and prepared to do their work and be promoted.”

The keynote speaker said that DSU needs its graduate to become alumni that give back of their “time and treasurers.” And he noted that once in the work world, graduates have to learn how to deal win the “isms”, whether it be racism, sexism, ageism or other types. He said don’t let the wrong action of one person make you quit your job.

“Never, ever succumb to the “isms,” because they don’t matter. If it were that simple, then all of this would be a waste of time,” Dr. Taylor said. “You put of all your energy into this. And your parents, grandparents, colleagues will have sacrificed so much. Don’t let it happen.”