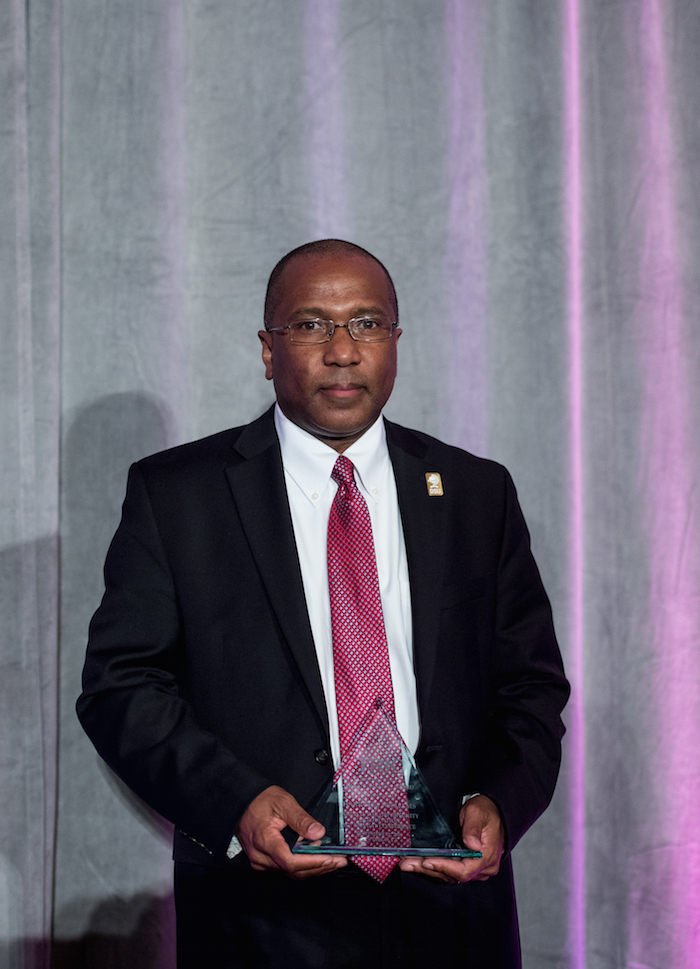 DOVER, Del. – Delaware State University president Harry L. Williams has been named among the honorees of the 2016 National TRIO Achiever Award in recognition of his career accomplishments.

The award was presented Sept. 1 at the 35th annual Council for Opportunity in Education Conference in San Diego, Dr. Williams was among the six 2016 honorees who all received guidance and assistance from a TRIO program during their high school and/or freshmen years and have gone on to experience great success in their professions.

Dr. Williams, who came from a low-income family in North Carolina, enrolled as a freshman at Appalachian State University in Boone, N.C., in 1982. He was immediately embraced by the TRIO’s Student Support Services Program at that university, which he credits with giving his higher education journey a good start.

“It is without a doubt that I wouldn’t be president of Delaware State University without the support I received from TRIO during my undergraduate years,” Dr. Williams said. 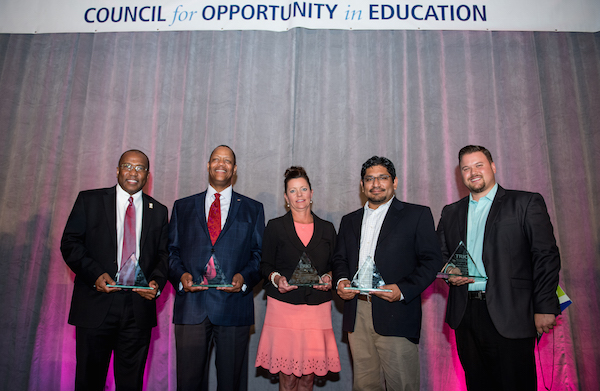 After earning a Bachelor of Science in Communication Broadcasting, his academic journey continued with a Master of Arts in Education Media (also from Appalachian State) and culminated in 2000 with an Ed.D in Educational Leadership from East Tennessee State University.

Meanwhile, the native of Greenville, N.C., also found his calling to be in higher education, leading to his service in a number of ascending administrator posts at Appalachian State and at the University of North Carolina, and later his 2008 appointment as provost and vice president of Academic Affairs at Delaware State University and ultimately as the University’s president in 2010.

“It wasn’t until I became a higher education administrator that I came to understand the full breadth of TRIO,” Dr. Williams said. “I have since come to know countless students who were blessed with the support of a TRIO program, many of whom – like me – credit such support as having great and positive impact on the subsequent academic and career success that followed.”

Since he became the 10th president in the history of DSU, the University’s enrollment has increased from 3,819 to 4,560 students. Among the other numerous accomplishments of the institution under Dr. Williams’ leadership: