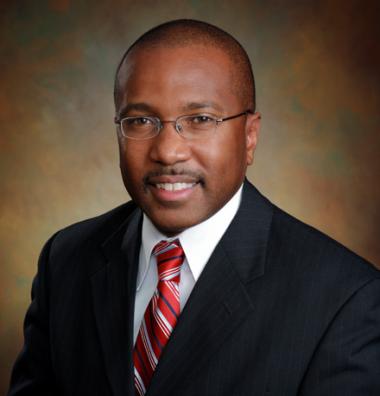 Dover, Del – The Delaware State University Board of Trustees announced today the selection of Dr. Harry Lee Williams to be the 10th president in the history of the institution.

The board unanimously decided on the selection after deliberating over the two finalists – Dr. Williams and Dr. Leroy D. Nunery – during a Nov. 20 executive session.

“DSU is at a place where it needs a leader who can tackle the challenges before us, meet them and find solutions. Dr. Harry Williams has proven in every job he has taken that he focuses on strategic priorities, aligns resources and ensures the institution is on a pathway for success,” said Dr. John Land, acting chairman of the Board of Trustees.

“Equally important, we are at a turning point in history for historically black institutions, and we need a leader who understands that and can expertly merge our historic purpose with the need to be known as an institution of higher education that exceptionally educates all students for a global marketplace. The Board is confident that Dr. Williams will do just that with rigor, enthusiasm and deep commitment.”

Dr. Williams succeeds Dr. Allen L. Sessoms who resigned at the end of August 2008 to accept a president post at the University of the District of Columbia. Dr. Claibourne D. Smith, chairman of the Board of Trustees, has served as the acting president since Dr. Sessoms’ departure.

Dr. Williams has served as the DSU provost and vice president of Academic Affairs since July 2008. Under Dr. Williams’ leadership, the University established a new General Education Program, a Distance Education Strategic Plan and a Middle States Monitoring Report Plan. Under his provost leadership, the University successfully completed searches that led to the hiring of a new dean of the College of Arts, Humanities and Social Science, a director of Distance Learning, a director of the Honors Program and an associate vice president for Sponsored Programs.

Prior to his arrival at DSU, Dr. Williams served at the University of North Carolina General Administration as interim associate vice president for Academic Affairs beginning in September 2007 and was later elevated in March 2008 to interim senior associate vice president for Academic and Student Affairs in which he focused on access and outreach for the 17 campuses of the UNC system. He remained in that latter post until he became the DSU provost.

Dr. Williams also progressed from an associate director to associate vice chancellor posts in the areas of academic affairs, enrollment and diversity at Appalachian State University from 1988 to 2000 and from 2004-2007. In between that tenure he served as an interim director of Admissions for North Carolina A&T University from 2000 to 2004.

In addition, Dr. Williams has also served from 2002-2008 as a national marketing and recruitment associate consultant with Noel-Levitz, the top national consultation firm for enrollment and management solutions in the country. In that capacity, Dr. Williams provided consultation expertise to 14 different institutions of higher education, including Delaware State University.

He is married to Dr. Robin S. Williams, and they have two children: Austin, age 13 and Gavin, age 8.