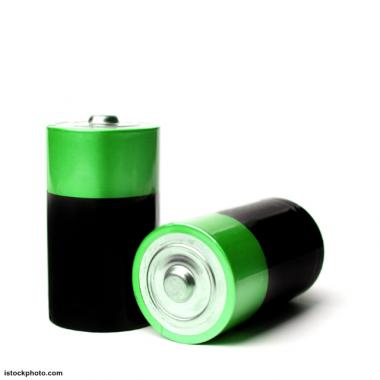 (Para leer la versión española ir a Noticias Relacionadas)
Uppsala, Sweden– “The Green Wave” is hitting more and more industries. As a consequence, it promotes the development of more products for the protection of the environment. One example of this is batteries made of paper, capable of providing electricity to packaging and clothing components.

The battery, made from a cellulose base (paper component), is capable of powering the lights on gift wrap that say “Happy Birthday,” for example. This is just part of the inventions and studies being carried out by scientists at Uppsala University in Sweden in order to develop batteries that are cheap, environmentally safe and made entirely of non-metallic parts.

According to Albert Mihranyan, the head researcher, the most promising components include the so-called conductive polymers or “plastic electronics.” One of the conductors, known as PPy, was considered promising but it turned out to be inefficient for application in commercial batteries.

However, scientists discovered that when they expanded it on a surface area, forming a layer, the load capacity of PPy increased considerably. It was then that scientists began covering individual cellulose fibers with an even, extremely thin layer of PPy (around 1/50,000 of the thickness of a human hair). These cellulose figures, at the same time, could be molded in paper sheets with high internal porosity.

The result was surprising: not only had the surface area allowed the battery to retain and discharge electricity efficiently, but it also recharged faster than conventional rechargeable batteries. “It seems to be adequate for applications involving flexible electronic pieces, such as clothes and packaging,” the scientists said.