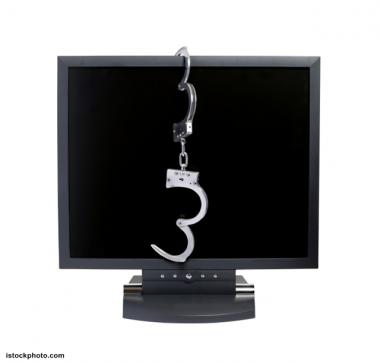 Washington, D.C. () – According to Vanesa Restrepo, a magazine editor in Colombia, the passwords to her Internet accounts became a delicate issue when her computer was hacked and her personal information was viewed. As a user, she did not file a report with any legal authority, but she had to change her passwords.

This is a recurring issue on the Internet, although it gets more media attention with bigger crimes, such as the one this month in which around 10,000 Hotmail passwords were stolen and published anonymously on a blog by software programmers.

“It is a very common practice. But many times, like in my case, it is the user’s fault for not following the safety recommendations,” Restrepo said.

Many users wonder who and where the regulatory bodies are on the Internet. In the “real world,” we see police officers, district attorneys, judges and soldiers. But on the Web, who enforces the law? What are the laws? Where should we go? Furthermore, the freedom of speech and movement on the web create another question for the user: Where is the line between what is legal and what is illegal?

There is a lot of information on this issue, but users often are unaware of it. This is one of the challenges that projects like Electronic Government, Online Administration and Digital Government now face. These projects involve the use of information technology to perform government actions and provide State services to citizens.

“A gradual change has been made. We have migrated to certain virtual interactions that create the need to establish limits between what is legal and illegal. Many of the laws that currently exist are made for a non-virtual society,” said Gilber Correa, a tutor for the Digital Government Course offered by the Organization of American States (OAS).

As real world actions transfer over to the Internet, many governments throughout the world have understood the need to extend their activities to this stage. Not just actions related to security, but also bureaucratic procedures and communication are performed successfully.

“Since the OAS started with the course in 2003, this issue entered government agendas little by little. Security is a consequence of this, because politicians have started to see the need to modernize public management through new technologies,” he added.

In September, Uruguay approved a document prioritizing Government actions in the digital world. The letter, issued by the President’s office, states: “Since its conception, Electronic Government has been moving toward the use of information technology and communication in order to construct a public administration focused on the citizen and interacting with him or her as a unit, avoiding repetitions in bureaucratic processes and integrating administrative procedures between organizations.”

In many countries, such as Colombia, Argentina or Spain, similar initiatives are being taken. However, there are also countries that tend to restrict the integration of digital tools into the lives of its citizens.

The organization Reporters without Borders catalogues them as “enemies of the Internet,” and has clearly identified them: Saudi Arabia, Burma, China, Cuba, Egypt, Iran, Uzbekistan, Syria, Tunisia, Turkmenistan and Vietnam.

The report states that countries like these “resort to filtering the Web in order to block some of its content. Governments do not hesitate to facilitate only partial connections to their citizens. The Internet is based on an unspoken pact: governments only leave sites accessible in return for strong self-discipline from Internet users.

Therefore, if countries do not implement larger Electronic Government projects and users do not understand how these web control actions work, the Internet will continue to be a favorable scenario for new types of crimes.

“This is about modernizing public management using technology, but we have to be sure that technology is not an end, but rather a means for improving management,” Correa concludes.