DOVER – A bill that would keep government from using its power to grab private property to help private development projects has been approved by the Senate.

Sen. Robert Venables, D-Laurel, who was pushing eminent domain reform measures well before the U.S. Supreme Court issued its landmark 2005 ruling allowing government to use its power to help developers in projects that would generate taxes, said he’s pleased to see the measure a step closer to Gov. Jack Markell’s desk.

“I think it’s as good as any eminent domain bill in the whole United States, and that it will give the protection our Founding Fathers intended,” Venables said adding that passing the bill in the Senate was, “a lot of weight off my shoulders.”

Rep. Dennis Williams, D-Wilmington North, the bill’s House sponsor said he’s disappointed the House didn’t get the bill in time to send it to Markell’s desk before lawmakers took their break to let the Joint Finance Committee review the state’s operating budget.

While Venables’ bill prohibits eminent domain actions where property is transferred to private developers and makes it tougher to seize property for urban renewal projects by shifting the burden of proving that a property’s blighted to government, it protects government’s traditional uses of the power for things, such as highway projects, school construction or obtaining parkland.

Former Gov. Ruth Ann Minner vetoed a similar version of Venables’ legislation last year, but Markell has vowed to sign the bill, if it reaches his desk in its current form.

While the bill will make it hard in some cases to amass the property needed for a project, Sen. Michael Katz, D-Centerville, said it gives landowners greater security and restores balance to the process.

“The key issue in this bill is that economic gain should not supersede personal property rights,” Katz said. “If a developer wishes to access the personal property of an individual, they can go through the free market and negotiate a fair market price for that property.” 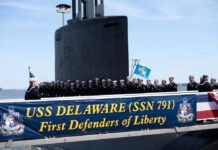