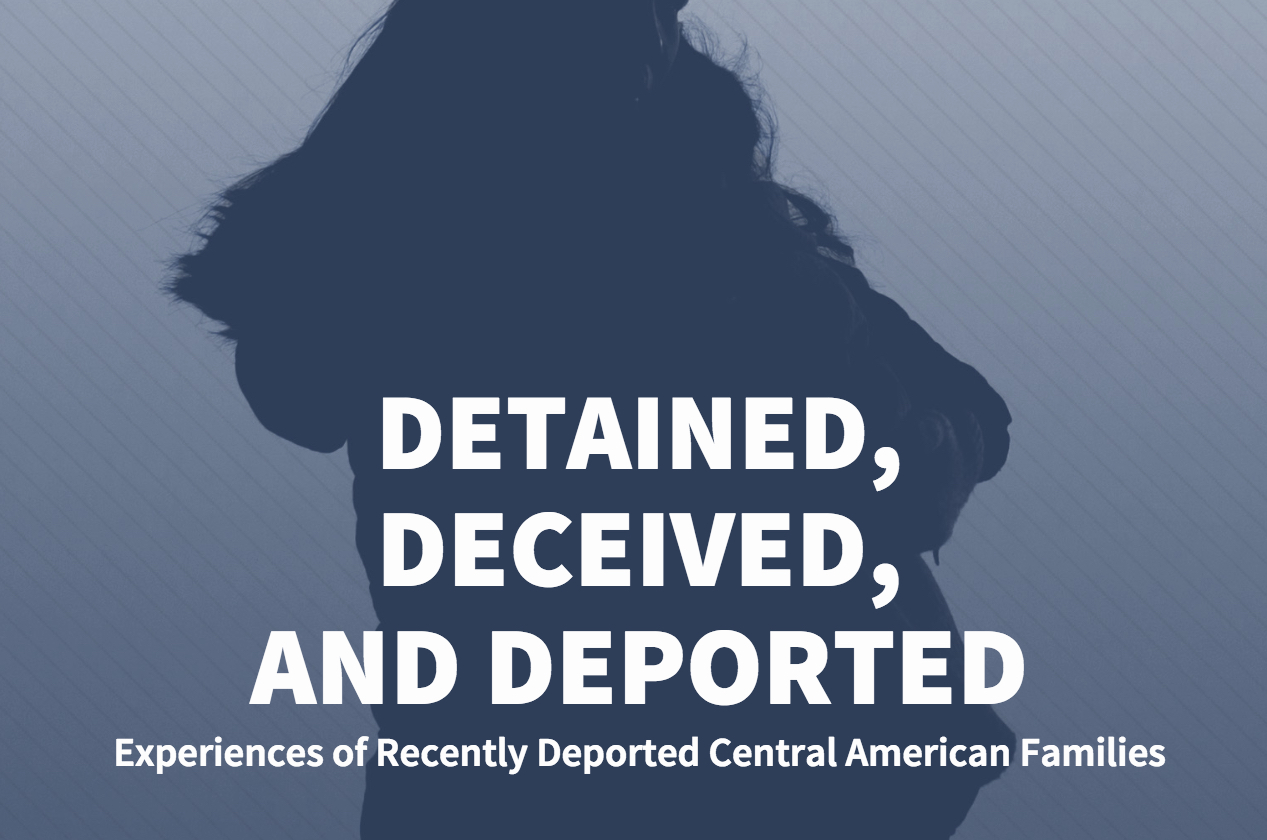 Over the last few years, the escalation of violence in Honduras, El Salvador, and Guatemala has reached dramatic levels. Thousands of women and their children have fled and arrived in the United States with the hope of finding protection. But for many of them, their attempts to escape merely resulted in detention, deportation, and extremely difficult reintegration in Central America. In fact, for some, the conditions they face upon being repatriated are worse than those they tried to escape in the first place.

Between February and May, 2016, the American Immigration Council interviewed eight individuals who were deported (or whose partners were deported) from the United States after being detained in family detention facilities, during which time they came into contact with the CARA Pro Bono Project. These women (or in two of the cases, their partners) shared their experiences—both describing what has happened to them and their children since returning to their country and recounting the detention and deportation process from the United States.

First-hand accounts from Central American women and their family members interviewed for this project reveal the dangerous and bleak circumstances of life these women and their children faced upon return to their home countries, as well as serious problems in the deportation process. The testimonies describe how women are living in hiding, fear for their own and their children’s lives, have minimal protection options, and suffer the consequences of state weakness and inability to ensure their safety in the Northern Triangle. The stories presented in this report are those of a fraction of the women and children who navigate a formidable emigration-detention-deportation process in their pursuit of safety. The process and systems through which they passed only contribute to the trauma, violence, and desolation that many Central American families already endured in their home country.

To view the report in its entirety, see: