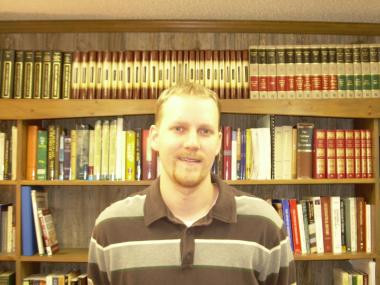 As the family goes, so goes America. In the 1930’s, the English scholar Christopher Dawson made a sobering observation. He wrote “Western civilization at the present day is passing through a crisis which is essentially different from anything that has previously been experienced. Other societies in the past have changed… But none, like our own, has ever consciously faced the prospect of a fundamental alteration of the beliefs and institutions on which the whole fabric of social life rests.” The “beliefs and institutions” Dawson spoke of included the family. He went on to prophesy that should American ever alter such a basic underpinning we would disappear into the annals of history.

As chilling as those words are, they come as no surprise to me. The Bible flawlessly defines reality and “in the beginning” God made and defined the family. He deemed it so necessary to life that, within the creation week, He married man and woman and commanded them to start a family. The great scholar Henry Morris exclaims, “The integrity and permanence of the individual home is of such great importance that God made it plain from the beginning.” If family was a part of creation it must be necessary to sustain creation.

But it seems that the nuclear family is becoming as out dated as “Leave it to Beaver.” Today the “old fashion” among us who fight to preserve traditional definition of marriage are labeled “intolerant” or “homophobic.” We are assured such redefinition would not touch the traditional family. This, as they push to replace the basic title of “husband” and “wife” with “Partner A” and “Partner B” in marriage documents.

In addition to redefining and relabeling, our culture is also attacking the family by normalizing divorce. In the late 60’s, the divorce rate began to sky rocket. Morality became less about what is right and more about personal rights. Presently, around one million Americans divorce every year. Many will be quick to point out that the divorce rate has significantly decreased over the past several years. But they are not looking at the marriage rate. In 2007 marriages fell to a record low and the average age for a groom and bride rose to a record high. Clearly, rampant divorce has so soured marriage in the eyes of our youth that fewer and fewer are seeing its necessity. Marriage, the cornerstone of society, is being successfully marginalized. And where there’s no marriage, there’s no family.

Perhaps the greatest promoter of redefinition and divorce is the celebration of sexual promiscuity. It is laughable to deny the relationship between our pornographic culture and the corrosion of marriage. Lust for another woman or man necessarily breeds discontentment toward one’s spouse. Sexual promiscuity before marriage simply makes fidelity in marriage a goal your past record would bet against.

Respectfully, one can only wonder how aware President Barak Obama is of the fragility and sanctity of marriage when he selected David Ogden as our Deputy Attorney General. Ogden is one of the most powerful, legal defenders of the pornography industry and is on record as using the First Amendment to fight against laws forbidding child pornography. When leaders are so apathetic to the dangers that ravage marriage and family, how can a culture survive?

So what do we do? The answer might be in the opening words of my sociology professor. I can still see him tottering on his stool, starring at us through those coke bottle glasses. “A family is a culture within a culture. If you change the family you change the culture.” Change begins at home.