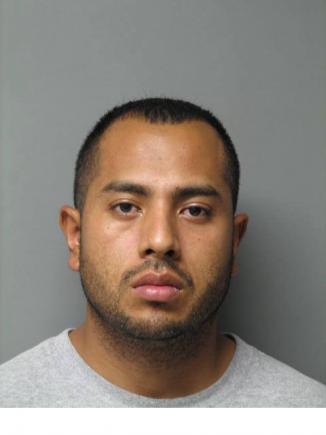 Resume:
Dover, DE- The Delaware State Police has arrested a former Dover Air Force Base Airman on charges of Rape and other sexual offenses stemming from allegations that occurred back in 2007.

Jesus Munoz was arrested Thursday August 1, 2013 at Troop 3 after he was brought back to Delaware by State Detectives. He was being held in Brevard County Detention Center in Florida in connection with Rape charges after a now 10 year old boy came forward and revealed to relatives he had been sexually molested by his step-father.

The investigation began on July 26, 2013 after an interview was conducted at the Child Advocacy Center in Dover in response to the victim informing his biological father he had been raped by his step-father for a year starting in February of 2007. The victim informed detectives the sexual abuse would occur on the weekends his mother was working and he would be home with Munoz.

In a coordinated effort with Air Force Office of Special Investigations (O.S.I), agents turned Munoz over to Brevard County Sheriff’s Office in Florida on Friday July 26th where he was held in the Brevard County Detention Center. He was then extradited by the Delaware Department of Justice State Detectives on Thursday August 1st at which time he was arrested on the above charges at Troop 3. He was arraigned at JP7 in Dover and committed to JTVCC on $173,000.00 cash bond.

Because of the sensitivity of this case, and in consideration of the victim, only limited information will be released.