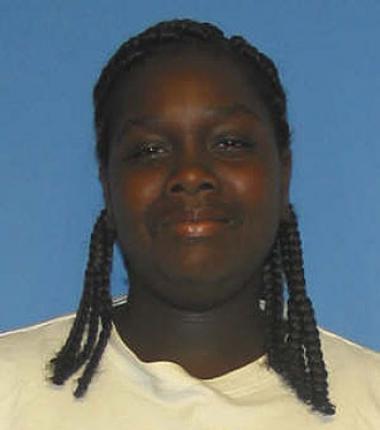 SEAFORD and BRIDGEVILLE, Del. – Delaware State Police say they have arrested four people responsible for threatening text messages that circulated throughout the Seaford and Woodbridge school districts on Friday morning.

Authorities arrested Charia S. West, 19 of Seaford, two juveniles also of Seaford and a 16-year-old girl of Bridgeville, in connection with the incident. According to DSP, they learned the incident was conspired among three people after they learned of the Wal-Mart urban myth that circulated the area on Wednesday afternoon.

Detectives say the threatening message was done with an attempt to create a similar reaction within the community with the ultimate goal to alarm people a shooting was going to occur in the schools.

Authorities say they were able to retrace the message through cellular phones obtained from students and were able to link it to a cellular telephone owned to West. As investigators continued the investigation, they learned that West and two relatives, her 14-year-old niece and 15-year-old nephew who reside with her, had constructed the idea to send the alarming message to various people within the Seaford district, police say.


Sgt. Joshua A. Bushweller, a state police spokesman, said detectives have been able to successfully trace the messages back to the originating cellular device and have positively identified the owner of the phone.


Police now have one adult and two juveniles in custody at Troop 5 in Bridgeville. The juveniles are students in the Seaford School District, Bushweller said. He said information regarding the identities of the suspects and the charges filed against them will be released later Friday
_____________________________

Police say in the first incident, at around 7 a.m. today at student in the Seaford School District received an alarming text message that indicated that a student would be shot at either the Seaford High School or Seaford Middle School between the hours of 8 a.m. and noon.

The student notified his parents who reported it to police. Because of this message, Delaware State Police and Seaford School District officials requested additional law enforcement presence at the schools as a precautionary measure while police investigated. Police say it should be known that the message was the sent to many other students who began forwarding it throughout the student population.

Currently, the DSP and Seaford Police Department have eight officers located at the two schools and district officials have placed the schools on Level 1 lockdown. This minimizes students and visitors from entering or leaving the building.

As this investigation was underway, another text message was received by a student in the Woodbridge School District indicating a similar occurrence happening at the high School. District officials and Delaware State Police have placed three troopers at that school while the investigation is underway.

Police say a full-fledged investigation has been launched to identify whoever is responsible for the text message threats.

“We’re going to investigate this thoroughly,” said Sgt. Joshua Bushweller, a state police spokesman. “We’re going to utilize all of our avalable resources to find out who is responsible for this crime. We take this very, very seriously.”

For more information and updates log onto @link href=’http://www.wboc.com’target=”_blank”>www.wboc.com/link