Freeman Arts Pavilion recently released even more shows to its 2021 season and announced the public on-sale date for all August and September performances.

The fundraising arts nonprofit revealed a dozen more performances to its 14th season, which now totals 63 events. Due to popular demand and to create the best purchase experience possible, performances will go on sale at 10 a.m. Monday, June 7, or Thursday, June 10.

This season will feature pod seating, to allow for proper physical distancing and can seat up to four patrons. Patrons will also bring their own chairs to all performances.

As an arts nonprofit, Freeman Arts can offer performances for all ages to enjoy with the support of local organizations, such as its Season Sponsors, who include Schell Brothers and Sodoka, Inc. (Sara Chase Carlson). For more information, visit freemanarts.org.

Freeman Arts Pavilion is a program of the Joshua M. Freeman Foundation, who partners to present memorable performances and provide inspired arts education for all. This program is made possible, in part, by a grant from the Delaware Division of the Arts, a state agency dedicated to nurturing and supporting the arts in Delaware, in partnership with the National Endowment for the Arts. The Division promotes Delaware arts events on www.DelawareScene.com. Grant support is also provided by the Mid-Atlantic Arts Foundation, National Endowment for the Arts, the Carl M. Freeman Foundation, the Sussex County Council, and the state of Delaware. 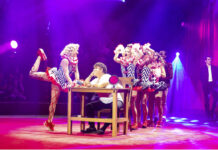 Experience the tradition of seeing a real circus under the big top when Circus Vazquez brings its all-new 2022 show to Newark’s Christiana Mall... 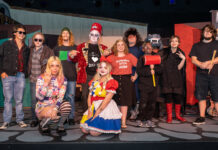