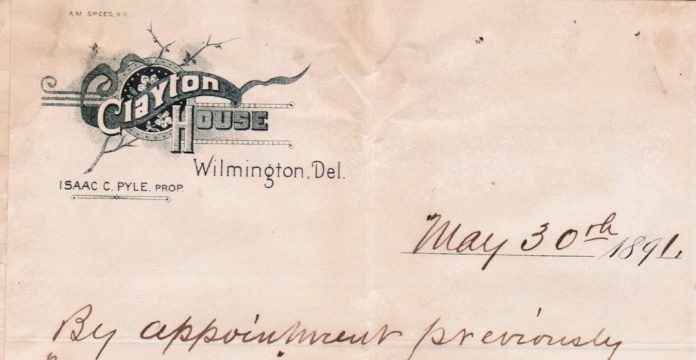 Rehoboth Beach, DE – A group of interested members and friends of the Rehoboth Beach Historical Society and Museum joined forces to help with an interesting research task, adding detail to the earliest days of what became Rehoboth Beach.

After helping transcribe a brief poem from the museum’s collection, the group, called the Transcription Team, took on a larger project of transcribing 44 pages of meeting minutes from an early group of area leaders in the late 19th Century.

In a well-documented attempt to create a religious retreat in the late 19th Century, a committee of ministers and laymen from Wilmington, Delaware formed The Rehoboth Camp Meeting Association. The Association, led by Rev. Robert Todd, bought property from 5 area landowners in 1873 to form the Rehoboth Camp Meeting Association. Society director Nancy Alexander discovered hand-written meeting minutes from the group of interested parties who took over those lands after the Association dissolved. 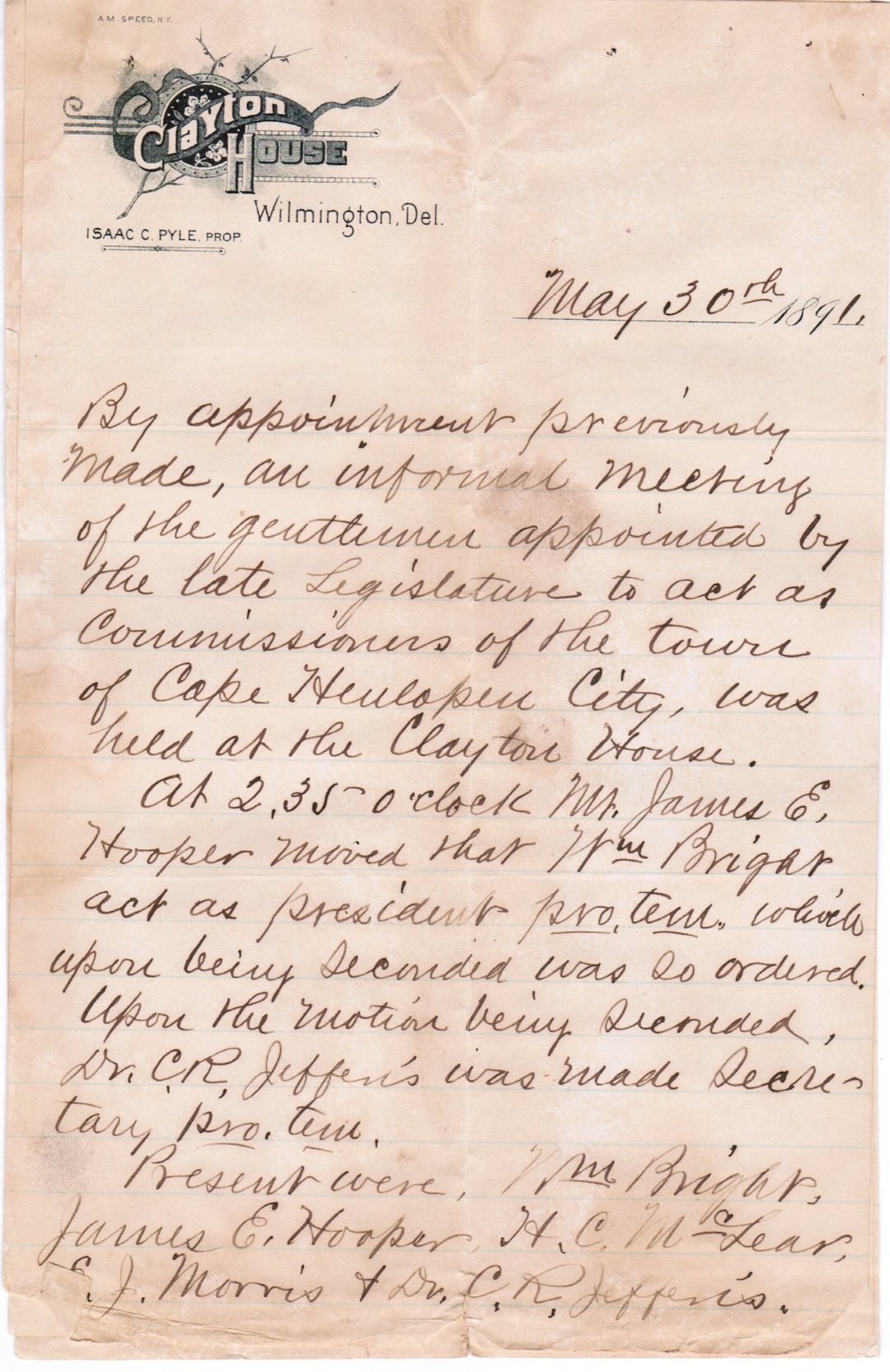 “A group of gentlemen who owned lots in near the ocean within the then defunct Association boundaries banded together in 1891 to promote the area, take on debt, and hire a town manager of sorts,” said Alexander. “They elected officials, paid bills, and called the area Cape Henlopen City.”

The effort was short-lived. After changing the charter to Henlopen City in 1891, it was re-named Rehoboth in 1893. Nevertheless, the brief period of time in which Cape Henlopen City existed re-cast the area as a resort town, and ushered in a period of renewed commercial growth.

The Transcription Team viewed more than 40 hand-written pages, most on stationery from the Clayton House in Wilmington, Delaware, and collectively provided written documentation of the meetings that formed Cape Henlopen City.

“This was an interesting task and the museum is grateful to all of the volunteers who helped, especially Gail Shaffer who compiled all of the transcriptions and created one document,” said Alexander.