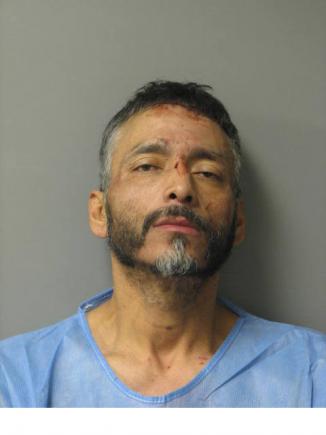 Lincoln, DE- The Delaware State Police have formally charged a 43 year old Georgetown man after he barricaded himself inside a residence located in the 8000 block of Railroad Avenue, Lincoln, DE and would not allow his ex-wife and their four children to leave.

The incident began at approximately 10:19 p.m. Monday evening when troopers received a call about a male subject that physically assaulted his ex-wife and was refusing to allow her and her kids leave. At one point during the incident, the 13 year old female attempted to call 9-1-1, but was forced to drop her phone as her step-father grabbed her by her hair.

At approximately 6:05 a.m. Tuesday morning, the Delaware State Police Special Operations Response Team (SORT) made entry into the house and located the 43 year old male, who was identified as Juan Sanchez, where he was taken into custody without incident.

Sanchez suffered self-inflicted wounds to his wrists and was treated by DSP SORT Medics and transported by ambulance to Milford Memorial Hospital for evaluation. He was released from the hospital Tuesday evening and transported to Troop 4 where he was charged with five counts of Kidnapping 1st, five counts of Criminal Contempt of a Domestic Violence Protective Order, four counts of Endangering the Welfare of a Child, Malicious Interference with Emergency Communications, and Offensive Touching. He was arraigned at JP3 and committed to SCI in lieu of $524,500.00 cash bond.

The 33 year old female suffered non-life-threatening injuries from the initial physical altercation and was later transported to Nanticoke Memorial Hospital where she was treated and released. Her four kids ages 4 months to 13 years old were uninjured in this incident. 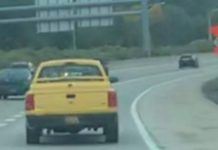