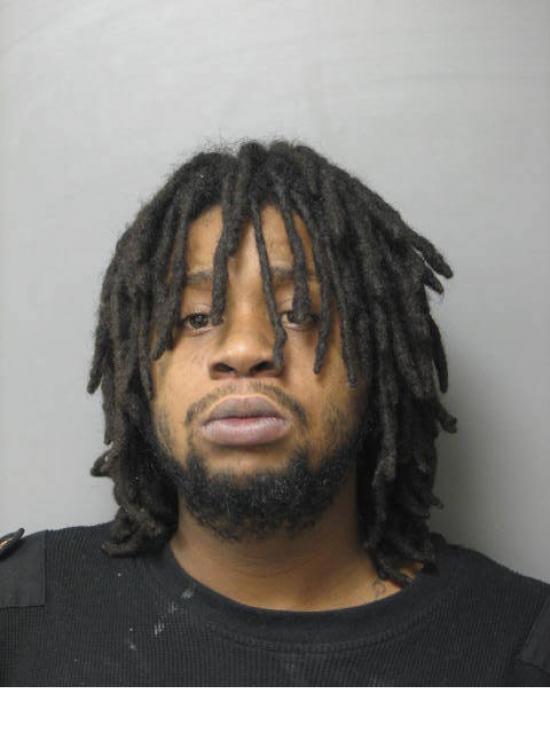 Seaford, DE – Troopers have arrested a 26 year old Georgetown man after he committed a robbery of a patron in the Middleford Deli parking lot.

The incident occurred at approximately 10:55 a.m. Monday January 12, 2015 when a 61 year old male victim had just exited the Middleford Deli located at 10056 Middleford Road after making a purchase. As the victim entered his vehicle and closed the door, a black male subject approached and opened the door, immediately placing an unknown type of handgun to his neck. The suspect demanded money from the victim who turned over an undisclosed amount of cash before the suspect fled the parking lot in a white in color Oldsmobile Aurora.

The victim, who was uninjured during the confrontation, was able to give dispatchers in the Sussex County Emergency Operations Center (9-1-1) and responding troopers a description of the suspect and vehicle which was broadcast over the police radio.

Just over an hour later, two State of Delaware Probation and Parole Officers observed the vehicle matching the description of the suspect vehicle, and with the assistance of Millsboro Police Department, conducted a traffic stop on Delaware Avenue in the limits of Millsboro. Saint Joe J. Petion, 26 of Georgetown, was taken into custody without incident and turned over to troopers. Petion was transported back to Troop 4 in Georgetown where he was charged with Robbery 1st and Possession of a Firearm During the Commission of a Felony. He was arraigned at JP2 and committed to Sussex Correctional Institution on $100,000.00 secured bond.