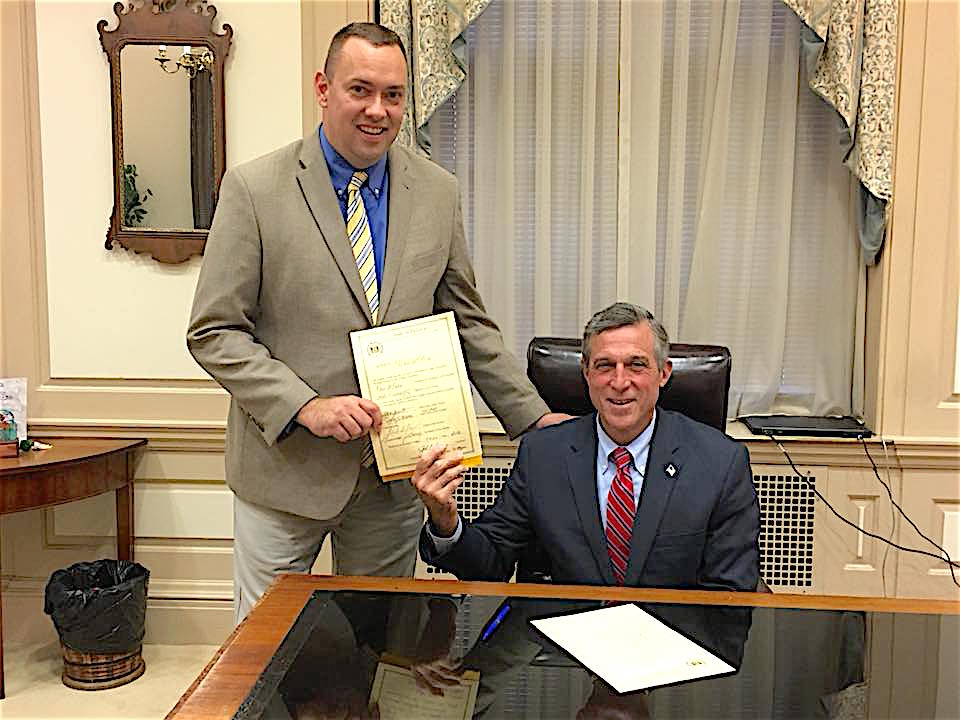 On Wednesday June 27, Gov. Carney signed HB 222, a bill sponsored by Rep. David Bentz that was supported by members of both parties and unanimously approved by the General Assembly like Senator Brian Pettyjohn and Rep. Ruth Briggs-King.

Senate Bill 202 will ensure that the spouses of those killed in the line of duty are able to receive benefits for the remainder of their lives regardless of future marital status. Current law provides a two-year lump-sum annual benefit payment to the surviving spouse.

“Spouses of fallen first responders should not be forced to make decisions to carry on with their lives based on financial considerations,” said Rep. Briggs-King.

“This new law will give law enforcement and our communities another tool to help confront gun violence. One piece of legislation alone will not solve the problem, but with a comprehensive approach, along with efforts to strengthen security in our schools, we can make a difference,” said Gov. Carney.

Senator Pettyjohn and Rep. Briggs-King thanked Susan Shea and her fiance, Dan Calhoun, for their support and help in getting this bill passed. Susan’s late husband, Delaware State Police Trooper Chris Shea, was killed in the line of duty in 2004.

The legislation has been signed into law by the Governor.