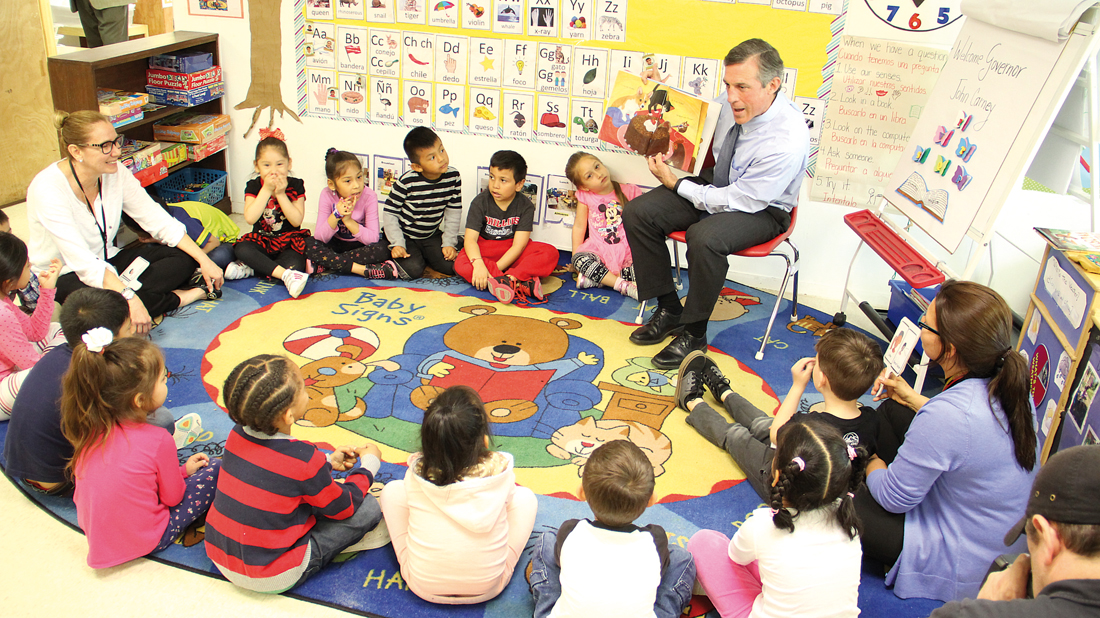 WILMINGTON, Del. –  Governor John Carney joined Secretary of Education Susan Bunting on April 20 at the Latin American Community Center in Wilmington to announce a new federal grant that will support the expansion of high quality early childhood education to more of the state’s youngest learners.

The state has made significant investments and progress in raising the quality of early learning in the state in recent years, and ensuring every child arrives in kindergarten ready to learn is a priority of Governor Carney’s administration. Investments include increased professional learning for early childhood educators, onsite support and classroom materials for early learning programs, and developmental screenings and mental health consultants to detect and address physical and mental health issues.

The percent of low-income children enrolled in a highly rated Delaware Stars program increased from 5 percent in 2011 to 76 percent of children 0-5 and 78 percent of all children in 2016. And the number of 5-star programs statewide increased from 24 in 2012 to 203 as of January.

Following the announcement, the Governor and Secretary toured the LACC’s early childhood center to talk to children and staff and join a class for story time.