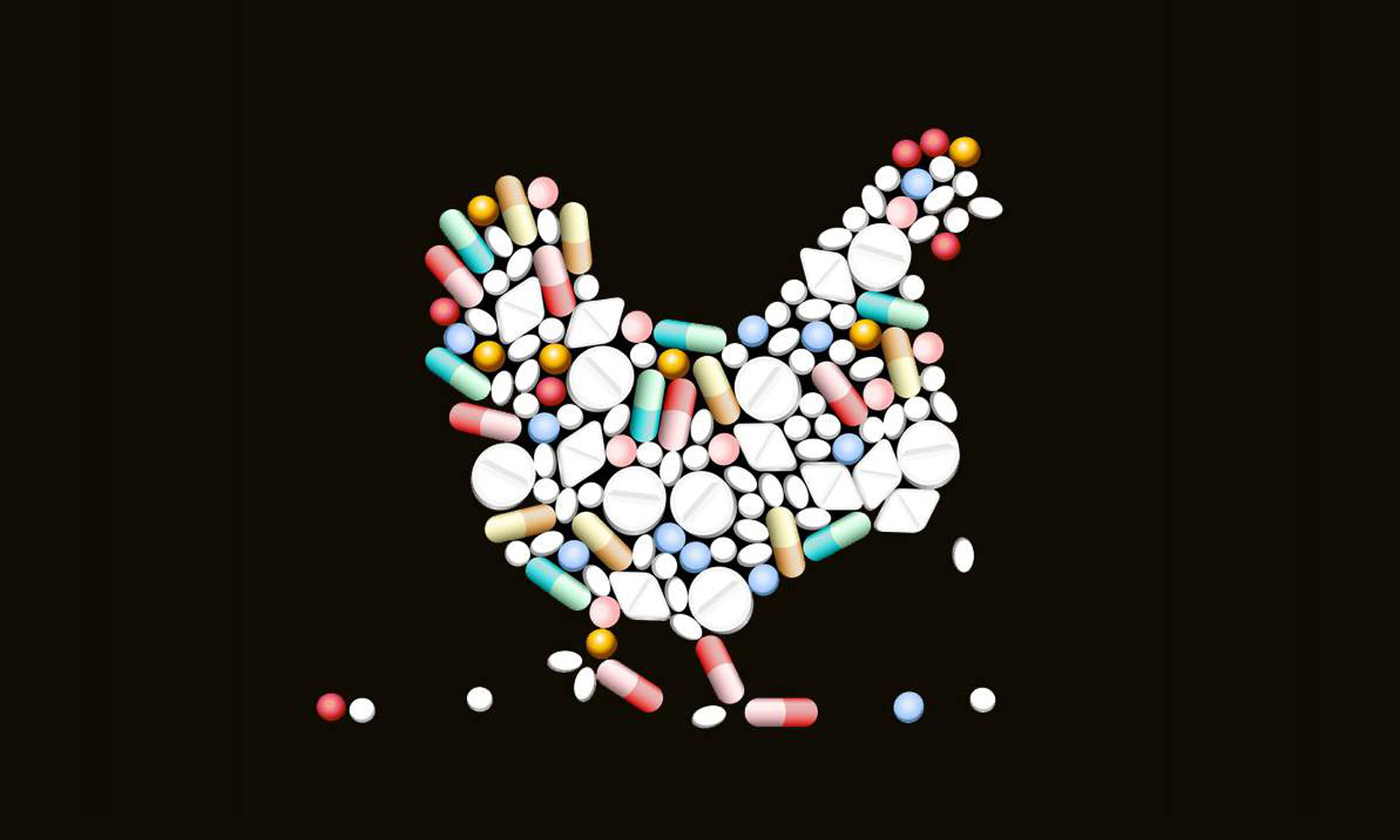 En español Antibióticos en el pollo de los grandes supermercados
SAN FRANCISCO (May 16, 2017) – America’s top five grocery store chains are failing to promote better antibiotics practices in the U.S. chicken supply, receiving “D” grades for their lack of progress in a new report released today from the Natural Resources Defense Council.
“The top five grocery store chains in the country feed millions of Americans, so their actions have a big impact on public health—for better or worse,” said Carmen Cordova, staff scientist with the NRDC. “The fast food industry and chicken producers are increasingly heeding customers’ demand for meat that’s raised better. Supermarkets can either continue to ignore the spread of drug-resistant infections, or they can answer their customers’ call to be a part of the solution.”
Crying Fowl: Major Grocers Stumble in Promoting Antibiotic Stewardship in Retail Chicken investigates if and how five major grocery stores—representing more than 50 percent of the market share in North America—market and sell chicken brands from producers committed to responsible antibiotic use. It provides a snapshot of the chicken brand choices found on store shelves, their public commitments around antibiotic use in their private label brands, and the extent of signage or informational materials directing consumers to chicken raised without the routine use of antibiotics.
The grocery retailers included the report all received “D” grades for the following overall scores (which were graded on a weighted scale): Costco (40%), Albertson’s/Safeway (39%), Publix (38%), Walmart (38%) and Kroger (33%). NRDC researchers surveyed locations of those stores in six major metropolitan areas: Charlotte, Chicago, Houston, Jacksonville, Fla., Los Angeles and Philadelphia.
The grades reflect the fact that none of the top five retailers have made a strong public commitment to addressing antibiotic overuse in the supply chains for chicken sold in their stores. In contrast, Whole Foods stands out a leader in the industry, setting a storewide policy that all meats on its shelves must be raised without antibiotics. And fast food giants like Kentucky Fried Chicken, McDonald’s and Subway—as well as leading chicken producers like Perdue, Tyson and Foster Farms—have all made commitments to improve their antibiotics policies.
The report also found that while all stores sold at least one brand of chicken raised without routine antibiotic use, most of those brands’ claims were not verified by a third party. And few stores used signage directing consumers to these better chicken options. On top of that, the stores’ private label brands were generally not sourced from producers with strong antibiotics policies.
Grocery retailers determine what meat choices are available to consumers and can help drive or stagnate improved antibiotic stewardship by producers. In the U.S., consumers shop at supermarkets an average of 1.5 times a week. Shoppers can exert enormous market influence over what the grocery retailers carry by buying more meat and poultry products raised without the routine use of antibiotics.
“In the absence of action at the federal level, consumers have been driving the move toward meat raised with responsible antibiotics use,” said Cordova. “The fast food industry has been leading the way—but people want to be able to eat better meat home too. Our report shows that grocery stores have a lot of catching up to do.”
Background:
More than 70 percent of medically important antibiotics in the United States are sold for use on livestock and poultry. More than 96 percent of those drugs are routinely distributed en masse in feed or water—often to animals that are not sick to speed up growth and help animals survive crowded and unsanitary conditions on industrial farms.
This practice contributes to the growing epidemic of drug-resistant infections in humans. Leading medical experts warn that we must stop overuse of antibiotics in human medicine and animal agriculture, or else the life-saving drugs we rely on to treat common infections and enable medical procedures could increasingly stop working.
Conservatively, at least 2 million Americans are already infected with antibiotic-resistant infections every year, and at least 23,000 die as a direct result, according to the Centers for Disease Control and Prevention.
More information:
The full report is available here: https://www.nrdc.org/resources/crying-fowl-antibiotic-stewardship-retail-chicken.